Kamal Hassan and Mani Ratnam work together after 35 years! 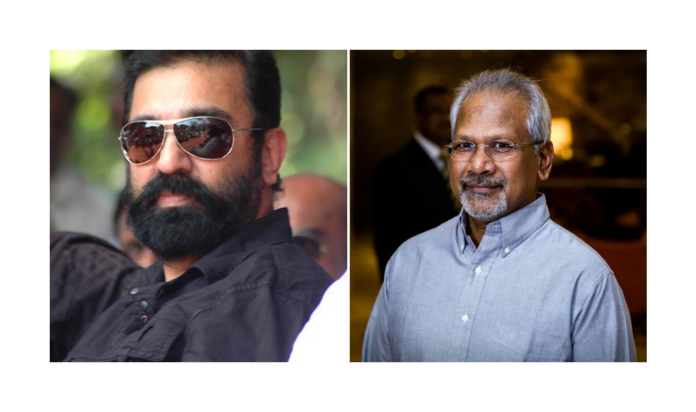 ‘Ulaganayagan’ Kamal Haasan, who has been reaching 4 million households as the host of the reality show, ‘Bigg Boss Tamil,’ and director Mani Ratnam are all set to collaborate for a movie that has a working title of ‘KH234’, 35 years after they did so for the blockbuster gangster drama ‘Nayakan’.

By coincidence, Kamal Haasan and Rajinikanth, both graduates of Mani Ratnam’s film school, made an appearance at the big Chennai premiere of the director’s magnum opus, “Ponniyin Selvan 1” in September.

The movie’s specifics are a secret and it will be presented by Udhayanidhi Stalin’s Red Giant Movies. In 2024, it is slated for release.

In a message made public on Sunday night, Kamal Haasan expressed excitement about working on the picture. “I was equally excited 35 years ago, when I was about to start work with Mr Mani Ratnam. Collaborating with a similar mindset is stimulating. This stimulation includes Mr (A.R.) Rahman as well. Eagerly looking forward to presenting this venture with Mr Udhayanidhi Stalin.”

Mani Ratnam, who is enjoying the phenomenal success of “PS-1,” commented on the partnership by saying, “Happy, honoured and excited to collaborate with Kamal Sir again.”

It’s an honour to showcase this movie, according to Udhayanidhi Stalin.

“It’s a wonderful opportunity to join Kamal Sir in presenting ‘Ulaganayagan KH 234’ after the great success of ‘Vikram‘ and the much-awaited ‘Indian 2’. An absolute honour to present this film and tell this special story.”

He added: “Kamal sir and Mani sir have been the pride of Tamil cinema globally and I have been an ardent admirer of both these iconic personalities. Thank you Kamal sir for this great opportunity.”