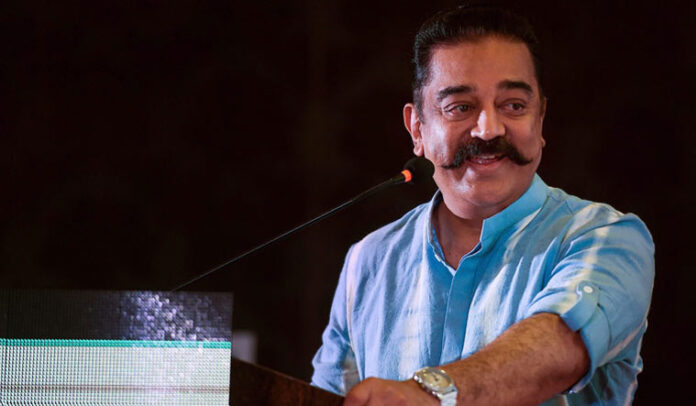 Kamal Haasan did support Tamil director Vetimaaran, but the BJP criticized him.

Award-winning Tamil director Vetimaaran sparked up controversy by saying that Raja Raja Chola was not a Hindu king and to top it off, Kamal Haasan agrees with the same.

This all started at an event that Vetimaaran attended wherein he said, “Raja Raja Chozlan wasn’t Hindu but they (BJP) are trying to steal our identity. They have already tried to saffronize Thiruvalluvar. We should never allow that.”

Right after this, Kamal Haasan shared similar sentiments and chimed in by saying,  “There was no name called ‘Hindu religion’ during Raja Raja Chola’s period. There was Vainavam, Shivam, and Samanam, and it was the British who coined the term Hindu since they didn’t know how to refer to it collectively. It is similar to how they changed Thuthukudi into Tuticorin.”

These remarks were made by Vetimaaran just after Ponniyin Selvan 1 released which is based on the Chola Dynasty.

Even though the director found support in Kamal Haasan, BJP slammed the director. BJP leader H Raja gave said that Raja Raja Chola was definitely a Hindu King. He questioned Vetimaaran by asking, “I am not well versed with history like Vetrimaaran, but let him point out two churches and mosques built by Raja Raja Chola. He called himself Sivapadha Sekaran. Wasn’t he a Hindu then?”

This is surprisingly not the first time that a statement about Raja Raja Chola has made the news. In 2019, Following his criticism of the king, movie filmmaker PA Ranjith caused a stir. At the time, he declared that the reign of the former king had been a sad time for Dalits.

He declared, “Land had been forcibly taken away from them and many forms of caste oppression had begun during Raja Raja Chola’s reign”.

Kamal Haasan has landed in hot water due to his support as people are brutally trolling him on Twitter. See some tweets.

Tell Kamal Hassan his sorry buslim ass is 5000 years old, and lived 80% of his time in the vedic civilization.

He has lost all the respect, Chachi420.

Why are we so lined to answer this moron named kamal hassan?who the hell is he to preach on our history? We are proud of our history.
We respected him as an actor but not anymore.#boycottkamalhassan#BoycottbollywoodCompletely #BanAdipurush https://t.co/ZfZa8bJsyo

Let’s see if Kamal Haasan gives a statement to the public and media as an answer to all this controversy.