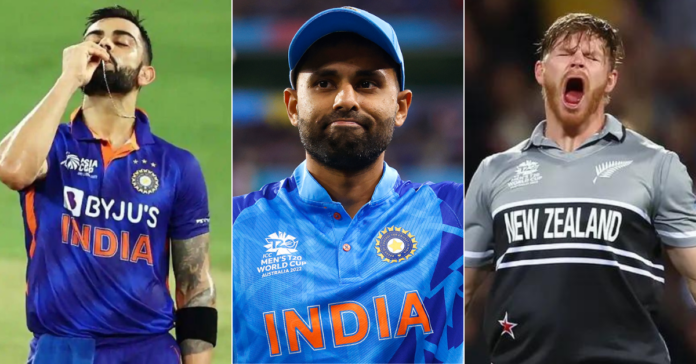 The ongoing T20 WC has lived up to expectations.

There have been players who have set the T20 World Cup on fire with their exceptional performances down under. This World Cup has been really competitive with teams like the Netherlands, and Zimbabwe coming to the fore. There have been multiple upsets Super 12 round of the competition and every team has tasted defeat.

After over three weeks of exciting cricket, New Zealand and England have emerged as the best teams from Group 1 while the other group has been headed by India and Pakistan. As we progress to the semifinal stage, let’s take a look at the top 5 best performers of the T20 World Cup

Here are our 5 player of the tournament so far