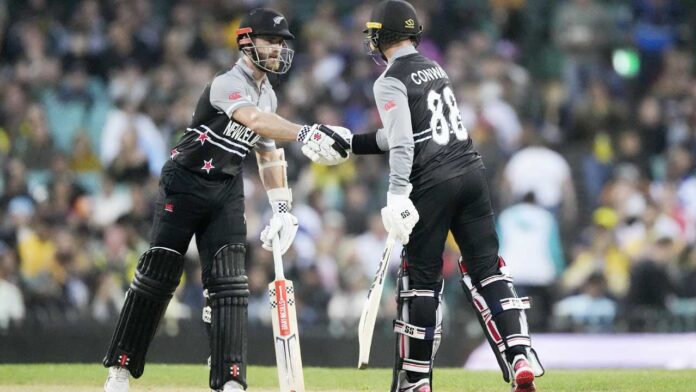 New Zealand is the first team to reach the semi-finals.

New Zealand became the first team to reach the T20 World Cup semi-finals with a victory over Ireland on Friday but Australia faces a wait to see if they will be staying in the tournament despite a nervy win over Afghanistan.

Glenn Maxwell scored an unbeaten half-century and spinner Adam Zampa took a crucial 2-22 as defending champions Australia later joined NZ on seven points after a win by just four runs over the Afghans at the same venue.

“Afghanistan played really well but luckily we managed to hold them back,” said Maxwell.

“We’ve put ourselves in this situation but hopefully the Sri Lankans can do the job for us.”

Williamson says communication is the key to success

“Often it’s very difficult to know exactly how a pitch is going to play until you start playing,” Kane Williamson said. “And then trying to be really clear with your communication, whether it’s as batters or a bowling unit. Make sure you’re getting around each other to report back and either identify what a competitive total is and what options are for some of your better ones to take. The same with the ball really.”

“The two that are out there are the two that are out there, and then you might get a drink that comes out, and they might ask, ‘how’s it going?'” Williamson said. “Someone on the sideline might be curious. So you report back what you feel is happening. Then sometimes it is your team blueprint, where do we need to be? How do we get there? And doing your best to do it.
“It’s one of the challenges of tournament cricket, but it certainly makes it enjoyable to do to try to make those adjustments. Therefore, the value of the contribution isn’t always what it might seem. So it’s really trying to commit to what you’re trying to do as a team and be nice and clear on how that looks. Then from there just really trying to make those adjustments as you go.”