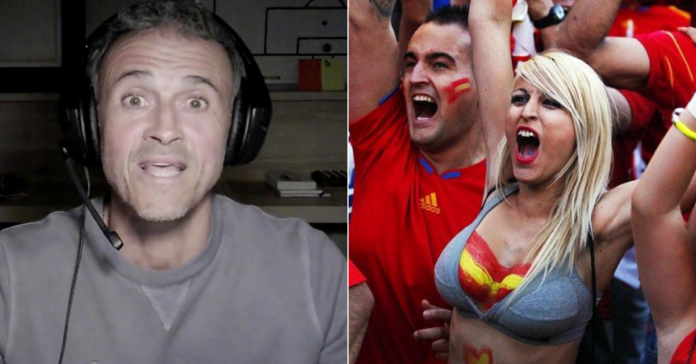 Luis Enrique has made a big announcement

Spain coach Luis Enrique will be doing some live streaming through the Twitch platform to interact with fans between games at the World Cup. The coach announced that he has “become a streamer” and will update supporters on what the Spain team is doing in FIFA 2022 WC

Four days before the World Cup begins, fans are excited to watch their teams perform and this news will surely make the fans happy as the coach wants to avoid the media frenzy and enjoy a direct relationship with fans.

“Streamers of the world, move aside. I’m going downhill and without breaks,” he said in a video posted on his Twitter account.

“The idea is simply to establish a direct relationship with fans who may be interested in information about the national team. Telling everything from a particular point of view, in this case, mine and that of my ‘staff’, and establishing a direct and more spontaneous relationship. I can only improve because the light now is not adequate and the microphone is from the Third Division. My face is what it is. I will improve.”

The Spain World Cup 2022 squad has been announced, with manager Luis Enrique hoping a mix of youth and experience can help the team win the tournament come December 18.

Spain has been drawn into Group E at the Qatar World Cup and will face Germany, Japan, and Costa Rica in what could all prove tough fixtures and matches for Spain