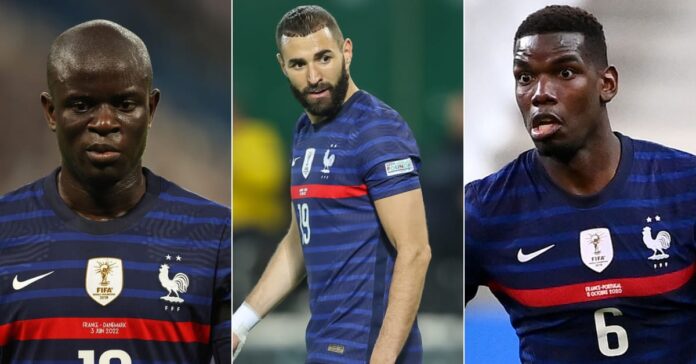 A huge blow was dealt to France

Ballon d’Or winner Karim Benzema was ruled out of the tournament in Qatar with an injured left thigh.

Benzema posted on Instagram: “I have never given up but tonight I have to think about the team, as I have always done, so reason tells me to leave my place to someone who can help our group make a good World Cup.”

On Saturday, he took part in full training for the first time since the World Cup holders gathered last week ahead of the tournament.

The French Football Federation (FFF) later said in a statement that the injury “will require a recovery period of three weeks”, ruling out any prospect of him being fully fit for the tournament which finishes on December 18.

“I am extremely sad for Karim, for whom this World Cup was a major objective,” France coach Didier Deschamps was quoted as saying in the FFF statement.

“Despite this new blow for the France team I have full faith in my squad. We will do all we can to rise to the huge challenge that awaits us.”

No Replacement Called Up For Benzema

“I am extremely sad for Karim who had made this World Cup a major objective,” said Deschamps

“Despite this new blow for the French team, I have full confidence in my group. We will do everything to meet the huge challenge that awaits us,” he said.

Deschamps has said he won’t call up a replacement for Benzema, telling the TV show Telefoot that he didn’t need one. “This is a quality group: I have confidence in them in everything they do, both on and off the pitch. They are united.”

Paul Pogba and N’Golo Kante are both out, with Pogba failing to recover from a knee operation, while Kante has not recovered from a hamstring injury.

Goalkeeper Mike Maignan and centre-back Presnel Kimpembe also withdrew before RB Leipzig forward Christopher Nkunku had to pull out after suffering a knee injury in France’s final training session before departing for Qatar.