5 FIFA World Cup 2022 teams with the most offensive depth 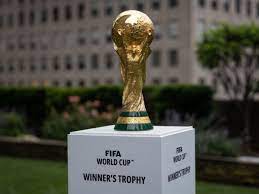 The top international teams in the world are getting ready to compete for the biggest reward in the wonderful sport, so it’s an exciting time to be a football fan.

Some of the teams appear to be quite strong in competing. There will be a lot of goals at the competition as well, but which side has the best group of attackers going into the FIFA World Cup in 2022?

Here are the five teams with the most offensive depth at the FIFA World Cup 2022:

The current World Cup is probably Lionel Messi’s last. He has recently been in outstanding form for both club and country. Argentina’s team, led by Lionel Scaloni, boasts a wealth of strong offensive options as well as excellent depth.

Experienced and able to control play in the last third, Angel Di Maria will be essential. They will pick Lautaro Martinez as their primary striker. Julian Alvarez, who has excelled thus far this season for Manchester City, is a solid backup choice for them.

La Albiceleste will benefit greatly from Paulo Dybala’s expected timely return from injury, as he has been in excellent form this season. Joaquin Correa of Inter Milan and Angel Correa of Atletico Madrid are both excellent bench alternatives.

Portugal has players of the highest caliber across the board, but their assault is especially strong. They will have the famous Cristiano Ronaldo at the front of the line. Santos can rely on players like Joao Felix and Rafael Leao to give their frontline some fresh vigor.

Andre Silva, Goncalo Ramos, Goncalo Guedes, and Francisco Trincao are great alternatives for backup. Players like Pedro Goncalves and Bernardo Silva are capable of playing in the frontline. Behind them, Bruno Fernandes will function as the attacking midfielder.

Harry Kane, Phil Foden, Raheem Sterling, Mason Mount, Jack Grealish, and Bukayo Saka will most likely represent England in the 2022 FIFA World Cup. One of the top attackers in the world is Kane. The other players are all dynamic, and Southgate can switch things up if necessary.

Marcus Rashford, a forward for Manchester United, is also anticipated to be called up and has been performing admirably lately. The fact that Jadon Sancho, Jarrod Bowen, and Tammy Abraham are unlikely to make the team says a lot about the depth of England’s attack.

Another player who has recently done well for himself is Christopher Nkunku. Kingsley Coman, Olivier Giroud, and Antoine Griezmann are also anticipated to compete for a starting position.

Though it’s questionable if players like Coman, Anthony Martial, and Moussa Diaby will even make the team. However, Didier Deschamps is unlikely to miss them given how powerful his frontline already appears to be.

Brazil’s attack depth is what makes the Selecao a terrifying prospect for any side. Their primary offensive weapon will be the effective Neymar.

The T20 World Cup is currently ongoing. Here are the 5 contenders for Player of the Tournament.