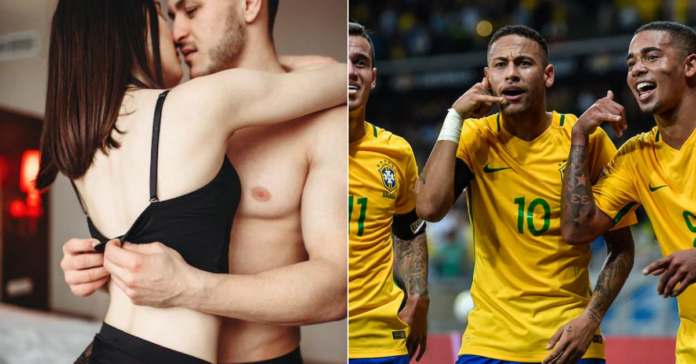 Football fans have been warned that one-night stands could lead to seven years behind bars at this year’s Qatar World Cup.

Sporting events are married with a fanfare that often involves uninhibited exploits but this winter, football fans will need to learn and respect cultural differences as a World Cup is being held in the Middle East for the first time. And Qatar has strict Sharia law.

“Sex is very much off the menu unless you are coming as a husband and wife team,” reports the Daily Star reports quoting UK police. “There definitely will be no one-night stands at this tournament. There will be no partying at all really.”

“Everyone needs to keep their heads about them unless they want to risk being stuck in prison… There is essentially a sex ban in place at this year’s FIFA World Cup for the first time ever. Fans need to be prepared.”

Sex outside of marriage and homosexuality illegal in Qatar

In December 2021, the chairman of the local organizing committee Nasser Al-Khater said that “homosexuality is not allowed” in the emirate. But he promised that LGTBIQ+ fans will be allowed to attend matches.

“Qatar and the region are a lot more conservative,” Al-Khater told CNN. “And this is what we ask fans to respect. And we’re sure that fans will respect that.”

“Watch the game. That’s good. But don’t really come in and insult the whole society because of this,” a senior leader overseeing security for the tournament reportedly said.

The tournament will begin on November 21 and the champion of the FIFA World Cup 2022 Qatar will be crowned on December 18 after the final. Notably, this will be the last World Cup hosting 32 teams as the next one is set to have 48 teams in it which will be co-hosted by the United States, Mexico, and Canada.