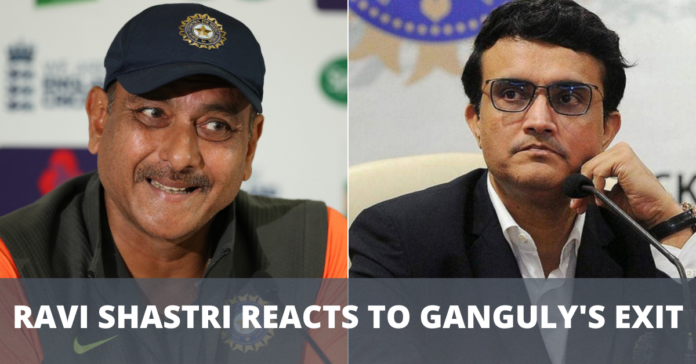 Sourav Ganguly is All Set To Be Replaced By Roger Binny As BCCI President. Roger Binny, who was a part of India’s World Cup-winning squad in 1983, is said to be the favorite for the job that will be vacated by Ganguly. Ravi Shastri has reacted to this new development.

“Roger Binny’s name has come up and I am delighted. He was my colleague in the World Cup. There is continuity here because he was the president of the Karnataka State Cricket Association and now, he moves on to become the president of the BCCI. I am extremely happy because it’s a World Cup winner who is the president for the first time in the history of the BCCI,” Shastri said during an interaction at the Mumbai Press Club on Wednesday, as per Sportstar.

It has been reported that Sourav Ganguly was keen to continue as the board’s chief but didn’t receive the backing he wanted from other members. Reacting to this development, Shastri said: “nothing is permanent in life.”

“As I read in the media, I don’t think anyone had a second term as president. So, the way things stand gives an opportunity for another cricketer. Nothing is permanent in life and you can only do certain things for so long and then you have to move on,” Shastri said.

“Something I am doing today does not mean I will do the same thing three years from now. There will be new people coming in, new people taking over. In a way, it’s healthy.”

“His credentials are unquestionable, you look at his integrity, his character… and like I mentioned, he is a World Cup winner. He’s got all the boxes ticked to become the president of the BCCI,” Shastri said.

“Being a cricketer himself, he will ensure that the interest of cricketers is paramount, not the A tier that will sustain itself, but the grassroots level. Primarily, domestic cricket. I think it has been given a lot of attention to, but can be given a lot more attention,” Shastri said.

“He is a very amiable guy, he has got a mind of his own. He might not be a flippant type, but when he opens his mouth, he will definitely be heard especially on cricketing matters,” he added.

“The most important thing is that the facilities at the ground should be uplifted big time. It should be insisted upon,” he asserted.