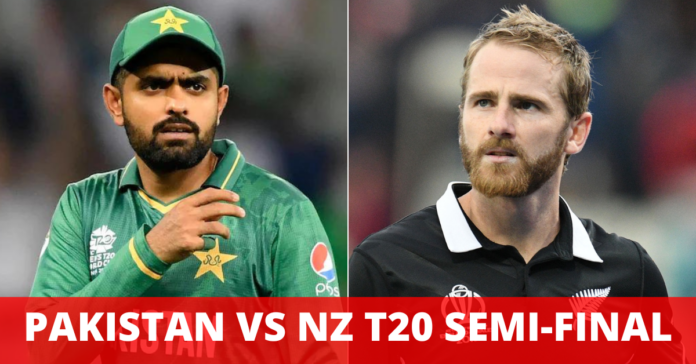 Pakistan will take on last year’s finalists NZ at the Sydney Cricket Ground (SCG). While Pakistan has never lost to New Zealand in a semifinal match, in their three previous matches their tournament progress has seen ups and downs which will make up for an exciting clash.

Pakistan will obviously be in good spirits having made their way into the semifinals after almost being on the verge of exiting, they will start afresh in the knockout stage and with their gritty, never say die attitude, will be the team to beat

NZ has never beaten Pakistan in a WC semi-final

New Zealand started their T20 World Cup campaign with a dominating victory over home team Australia and has just lost once in this tournament. Considered heavy favorites heading into the semi, the Kiwis will hope to end the jinx that Pakistan has over them. The Black Caps have never beaten Pakistan in a world-cup semi-final. In three past encounters, in 1992, 1999, and 2007, Pakistan would triumph. New Zealand will hope to end this dismal record today.

Here’s all you need to know about the Pakistan vs New Zealand T20 World Cup semifinal match.