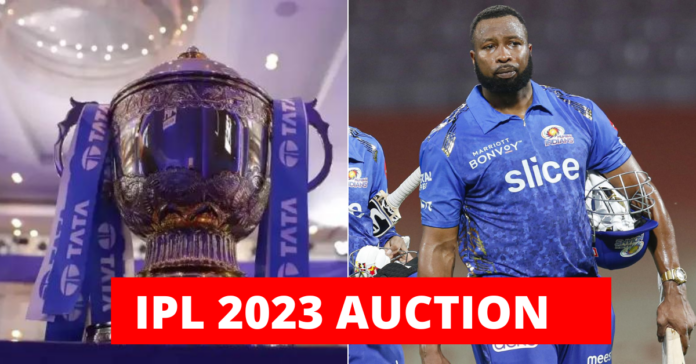 The IPL 2023 retention deadline will end today at 5 PM. All franchises will be looking to shuffle their squad. The mini-auction for IPL 2023 will be held on December 23 in Kochi. Ahead of the auction, each franchise will submit the list of retained and released players by 5 PM today to the BCCI.

All the 10 teams participating in the tournament have been granted an extra sum of Rs 5 crore (INR 50 million), increasing the pursue value to Rs 95 crore for the 2023 mini-auction.

Here are the retention and expected release players

Mumbai Indians had one of the most terrible seasons last year. An overhaul of the squad was needed, and now Mumbai Indians have reportedly released Kieron Pollard. However, the five-time champions have retained their core members of the squad. Rohit Sharma, Ishan Kishan, Suryakumar Yadav, and Jasprit Bumrah will all be retained.

CSK is a team that doesn’t believe in chopping and changing too much. They are one of the most successful teams and retaining their key players have been one of the major reasons for their success.

RCB is a team that is yet to win a trophy, despite having so many talented players in the team.

Ben Stokes to put his name in the IPL auction

As per a report published in The Guardian, Stokes is interested in playing the IPL 2023, despite knowing that the iconic Ashes series would immediately follow the lucrative league next year.