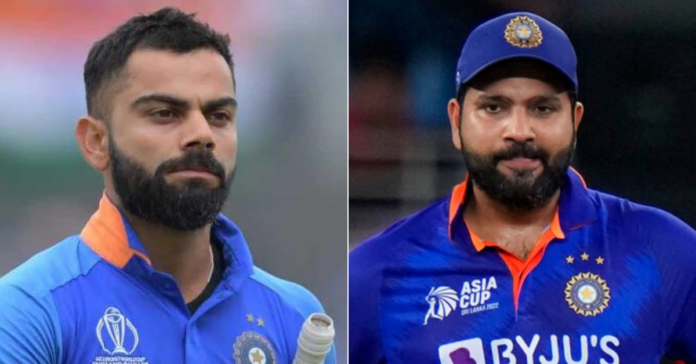 England handed India a crushing 10-wicket defeat at the Adelaide Oval, in a match where the English batters hardly looked in any trouble as they chased down the total in 17 overs. After being sent in to bat by Jos Buttler, the Indian team could only manage to score 168 runs in their quota of 20 overs on a pitch that looked like a batting paradise.

While India won 4 matches in the T20 World Cup, their glaring weakness in both and bowling was exposed against teams like South Africa and England. Captain Buttler and Hales, who made a comeback to international cricket in September after being out of the England setup since March 2019, chased down the total with four overs to spare. Hales scored 86 off 47 balls while Buttler made 80 off 49 balls as the pair smashed the Indian bowling all around the park.

Alex Hales was particularly brutal on Indian bowlers as he went on to smash 7 sixes in his innings. India after being so consistent in the tournament has yet again faltered in the knockout stage of the tournament

Sunil Gavaskar feels that there will be major changes in the T20I setup now that this campaign has ended.

“For the tour of New Zealand, it’s a different team. The team is going there under Hardik Pandya. He will begin to put his stamp on the team because clearly, the selection committee has sent a signal that he, having won the IPL in his first assignment, as a captain, they have marked him out as captain for T20s. So I think with Pandya, it will be a completely different team,” Gavaskar told the broadcaster after the match.

“There will be some retirements also coming through, you never know. This is not the time to think about it. You really get away from it, give it a lot of thought but there are a lot of players in their mid-30s who would consider their position for the Indian T20 team.”

Hardik Pandya has captained the team three times since being reinstated in the international setup after leading the Gujarat Titans to the IPL title this year. He led India in the two matches in Ireland in June and later against Afghanistan in the Asia Cup, winning all three, and is set to lead the T20I team once again when India travels to New Zealand for a three-match series, starting November 18 in Auckland.

Former Indian head coach Ravi Shastri has also opined on the same. “India may have to look at a relatively new team. A young unit, a fresh unit, built for the future,” he said.

India Clueless with the ball. Hales and Buttler too good for this Indian attack.