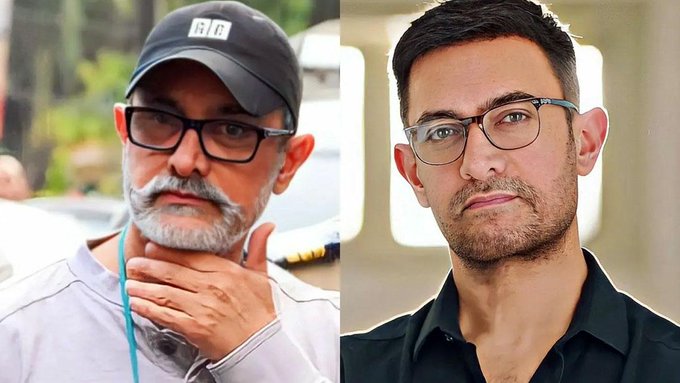 Aamir Khan was recently at an event in Delhi wherein he announced his decision.

Aamir Khan recently announced that he would take a short break from acting to focus on his family. The actor has frequently voiced remorse about not being there for his children as they grew up. This comes after two back-to-back failures, Laal Singh Chadha and Thugs of Hindostan.

Aamir debuted an all-grey outfit at a New Delhi function after being briefly photographed by paparazzi in Mumbai a few days prior. Aamir had earlier displayed his gray hair in a photo that his daughter had posted during the lockdown. Aamir talked about his career and where he sees it going over the course of the next year or two at the event on Monday while sporting his natural uncolored gray hair and beard.

He said, “When I am doing a film as an actor, I get so lost in that that nothing else happens in my life. I was supposed to do a film after Laal Singh Chaddha called Champions. It’s a wonderful script, a beautiful story, and it’s a very heartwarming and lovely film. But I feel that I want to take a break and be with my family, my mom, and my kids.”

Aamir added, “I feel I have been working for 35 years and I have single-mindedly been focused on my work. I feel that it’s not fair to people who are close to me… This is the time I feel I have to take some time off to be with them and actually experience life in a different way. I am looking forward to the next year, a year-and-a-half in which I am not working as an actor.”

The dip in Aamir’s career comes at a time when Bollywood is struggling.

When many are questioning the star power of actors like Aamir, Shah Rukh, and Salman Khan. Aamir, who has a reputation for perfectionism and being picky about his work, continues to be one of Bollywood’s most well-liked and enduring movie stars.

Shah Rukh Khan previously took a four-year break from acting following the flop of his high-stakes movie Zero. After a string of cameo roles in 2022, he will return to starring roles the following year.