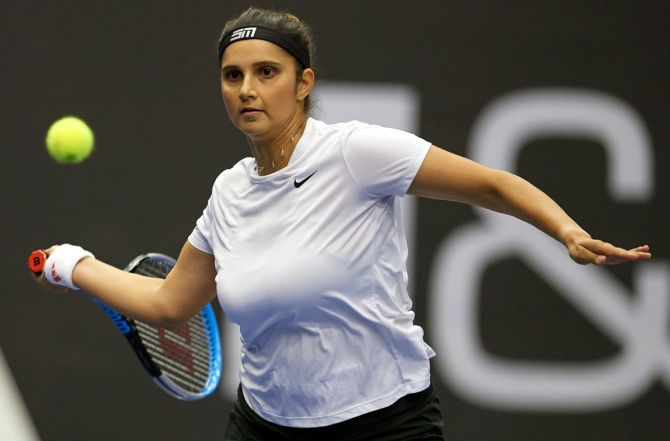 Sania Mirza has announced on Instagram that she will be out of the US Open due to an injury that will change her retirement plans.

The 35-year-old Grand Slam Champion suffered an injury to her elbow and forearm which will keep her out of action for several weeks.

In a long emotional post on Instagram, she wrote how her injury would change some of her retirement plans, but assured fans she will keep them updated.

Sania wrote “Hi guys, a quick update. I just have some not-so-great news. I hurt my forearm/elbow while playing in Canada two weeks ago and obviously didn’t realize how bad it was until got my scans yesterday in fact I have torned a little bit of my tendon.

“I will be out for weeks and have pulled out of the US Open,” she wrote.

“I will be out for weeks and have pulled out of US Open. This isn’t ideal and it’s terrible timing and it will change some of my retirement plans but I will keep you posted,” she added.

Indian tennis star Sania Mirza has decided to retire at the end of the 2022 season.

Following a first-round defeat in the women’s doubles at the Australian Open, Sania said the 2022 season would be the end of her tennis career.

“There are a few reasons for it. It’s not as simple as ‘okay I’m not going to play. I do feel my recovery is taking longer, I’m putting my 3-year-old son at risk by traveling so much with him, that’s something I have to take into account.

“I think my body is wearing down. My knee was really hurting today and I’m not saying that’s the reason we lost but I do think that it is taking time to recover as I’m getting older,” Mirza said after the contest on Court 5 at Melbourne Park.

“Also for me to find that motivation every day to come out. The energy is not the same anymore. There are more days than there used to be when I don’t feel like doing that. ( H/T Times Now)

“I’ve always said that I will play until I enjoy that grind, the process which I’m not sure I’m enjoying as much anymore.”

Here are some oF Sania Mirza’s major accomplishments:

From 2003 until her retirement from singles in 2013, she was ranked by the Women’s Tennis Association as the Indian No. 1 in singles.

Mirza is one of only two Indian women to win a WTA Tour title, and the only one to be ranked within the top 100 in singles

Mirza has also won a total of 14 medals (including six golds) at three major multi-sport events, namely the Asian Games, the Commonwealth Games, and the Afro-Asian Games.

With 43 titles, Mirza has won more WTA doubles titles on the tour than any other active player. In addition, she has spent 91 weeks as the world No. 1 in doubles

In 2015 she and Martina Hingis were the doubles team of the year, going on to earn a 44-match winning streak, one of the longest in history.