Good Luck Jerry review: At last a movie that could stop the tap-happy fingers from swiping 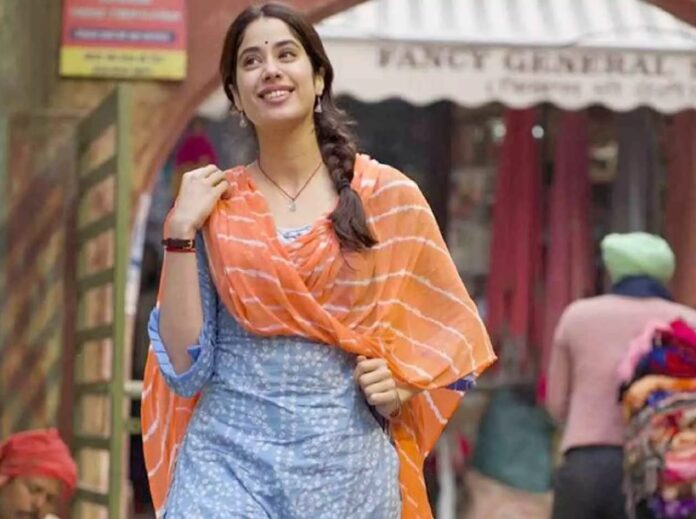 I am not a big fan of remakes. I believe that it’s a sad state of affairs when storytellers have to piggyback on someone else’s idea. Still, every once in a while, I am amused and impressed by the remakes more than the original.

The first time it happened was when Ajay Devgan made Rudra – a remake of Luther. Rudra made some basic alterations to the original treatment, and that made the protagonist stronger.

But that discussion is for another day. Today, we talk about Good Luck Jerry, a remake of Kolamaavu Kokila.

It pains my heart to say that Good Luck Jerry turned out better than the original. Trust me, when I say, I would watch a movie for 3 hours if it just shows a still photo of Nayanthara over instrumental music playing in the background. So me saying this is a big deal.

So, Good Luck Jerry was superb entertainment. I watched both the original and the remake and leaned more in favor of Jahnvi’s version as opposed to Nayanthara’s original. Why?

It’s simple, Good Luck Jerry took a black dramedy and turned it into black comedy. They stripped the story of unnecessary melodrama and kept it a light entertainer.

But that was just the beginning. Good Luck Jerry made several other alterations to the treatment that worked in its favor.

The story is about a poor, innocent girl, who is a bread-earner for her family. When her mother is diagnosed with cancer, she has to make a difficult choice. To arrange for the medical fees, she decides to become a drug mule.

She, being a girl, is unsuspected by the cops, which makes her the most successful drug mule in the area. And when her success upsets the men in the business, troubles ensue. How she manages to get out of the business and tackle the enraged druglords with the help of her family is the crux of the story.

The humor is ticklish and tempts you to rewatch the scenes again and again.

But what really keeps you glued to your seat and stops your tap-friendly fingers from swiping away from the film is the ensemble cast.

When every cast member executes their part flawlessly, then the story comes alive for the audience. This is aptly proven by Good Luck Jerry.

So you kinda accept them to deliver every time they appear on the screen.

But the ones who made the film an absolute delight to watch were Janhvi Kapoor (Jerry), Jaswant Singh Dalal (Timmy), and Sahil Mehta (Jigar).

In my opinion, they stole the show. Especially Jahnvi, who rightfully owns the film.

Extreme emotions are easier to perform than subtler ones. Here, Jahnvi had to come across as a naive girl in a certain part of the film and later reveals that her timidity is just a smart disguise. Underneath, she’s quite smart. The challenge here was that she wasn’t some evil genius who was pretending to be a dimwit. Here, Jahnvi had to balance between being naive and being an average rural girl. This required a nuanced performance, and she delivered it flawlessly.

Overall, for me, Director Sidharth Sengupta did a fine job. Because in filmmaking, whenever everything falls into place just right, there’s always a director who had pulled an incredible feat.

Now, one can always nitpick and find some or other flaws, but in my opinion, if the film is good, you won’t notice the flaws. And that’s what storytelling is all about. It’s not supposed to be perfect. It’s just meant to be captivating.

Mr. Binge was diagnosed with cinephilia at an early age. Since then, he has been obsessed with everything that spells cinema. If he finds a compelling story, he raves about it. And when he can’t find it, he rants. Either way, he’s here to gibber-jabber about cinema, storytelling, and everything in between.

Currently, Mr. Binge is under house arrest where he lies on the couch the whole day and tunes into anything that plays on his screen.

Denmark’s kit supplier has found a novel way to protest against Qatar's human rights record. It has “toned down” its logo and design on the...