Djokovic excluded from US Open billboard

It appears unlikely that Novak Djokovic will play at the US Open.

Though nothing is certain, a recent billboard released by the US Open organisers offers a clue.

The US Open organisers have left the Serbian superstar out of all of their promos including a billboard which has Rafa Nadal, Carlos Alcaraz, Daniil Medvedev, Nick Kyrgios, Iga Swiatek, Serena Williams and Naomi Osaka.

Djokovic has won the tournament three times and was a finalist in 2021.

The reason for the Djokovic’s possible absence is his reluctance to get the Covid vaccine, which is mandatory in many countries.

The US still maintains that non-citizens and non-residents need a Covid-vaccine or Covid-recovery certificate to enter the country.

The ATP and US Open organisations themselves don’t have this requirement but they have to follow US law.

This has caused him to miss out on a set of tournaments in Toronto, Cincinnati, Indian Wells or Miami in spring.

Despite this, the Serb is still optimistic about his chances and is training at full throttle.

In fact, he was even seen pushing a Porsche down a street as part of his conditioning routine. 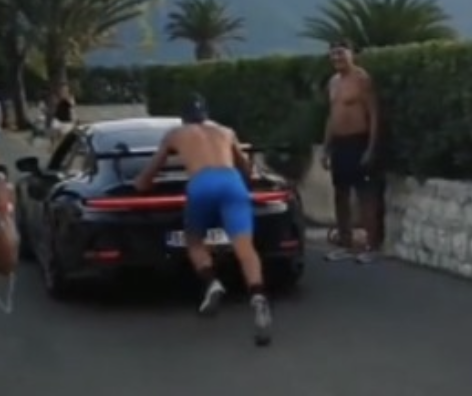