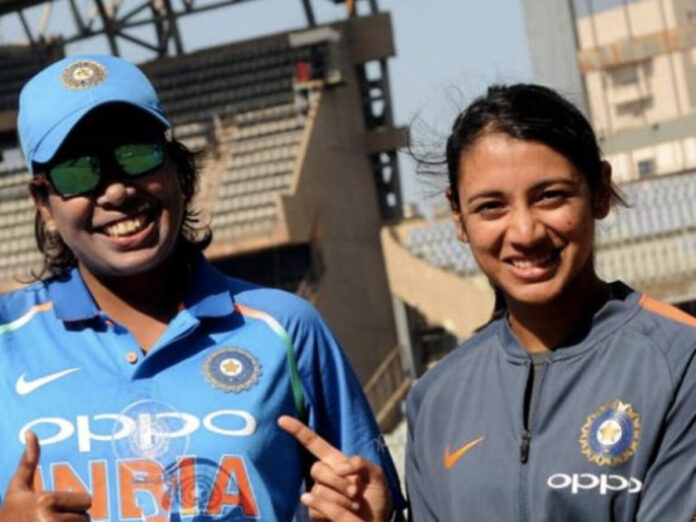 India’s women’s team put in a clinical performance to beat host England by seven wickets in the first ODI of the three-match series. Mandhana (90 off 76) and Punam Raut (52) added 112 runs for the second wicket.

After being put into bat, England posted 202 for 9 in their allotted 50 overs, with Natalie Sciver top-scoring with 46.

India skipper Mithali Raj (6*) and Harmanpreet Kaur (14*) saw India through as they chased down the target with 10 balls to spare.

“I want to say that this series is for Jhulu di (Jhulan Goswami), her bowling was amazing. All our efforts in this series will be for Jhulu di,” Smriti Mandhana said after the match

With this win, India will now look to wrap up the series by winning the second match of the ODI series which is scheduled to be held at Wormsley on Sunday.

Chasing a modest target of 227 on a used surface, India lost their openers Shafali Verma (6) and Smriti Mandhana (15) early.

Before the middle order could take control, India was reduced to 37 for three in the eighth over. Jemimah Rodrigues and Punam Raut then shared a steady 107-run partnership for the fourth wicket to keep India in the chase.

Punam was the first to go in the 31st over after scoring a patient 59 off 115 balls pushing India to 144 for four. Jemimah followed next after making 69 off 75 balls taking India close to victory at 201 for five in the 44th over.

Deepti Sharma made an unbeaten 52 off 78 balls along with captain Mithali Raj (32 not out) to get India home in 47.5 overs. England will host the 2021 Women’s Cricket World Cup which begins on June 6 and goes on till July 23.

England failed to build on a steady start provided by Danielle Wyatt and Tamsin Beaumont before Goswami made an early breakthrough to dismiss the latter.

It was also India’s fourth win over England in five ODIs this year as the visitors clinched their sixth consecutive ODI series after beating South Africa 3-0 last month.