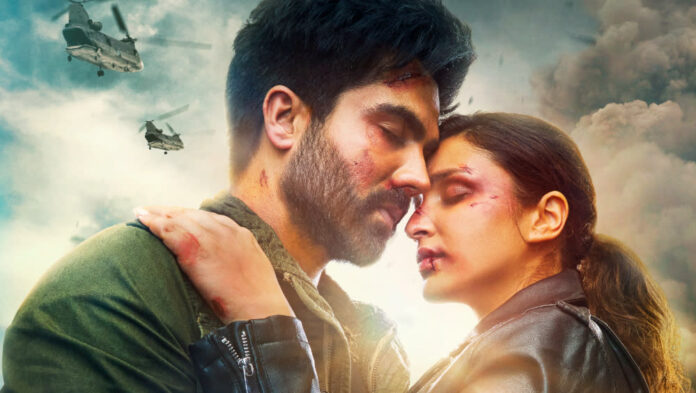 Codename: Tiranga, starring Parineeti Chopra and Harrdy Sandhu is a spy thriller all set to release on 14th October.

The posters for the film along with the release date were revealed today on 19th September, Monday. It is directed by Ribhu Dasgupta and produced by T-Series, Reliance Entertainment and Film Hangar.

Parineeti Chopra shared the first look of the posters. The first poster features her and the second poster shows her with Harrdy Sandhu with bruises in both the posters.

An action thriller, Codename: Tiranga shows the story wherein Parineeti plays the role of a spy who is on a mission for her nation and in a battle against time, sacrifice is her only choice.

Additionally, Harrdy Sandhu whose a popular punjabi singer known for tracks like ‘Bijlee Bijlee’ will again present his acting skills to the audience after 83.

Ribhu Dasgupta, whose the director of the film said, “I am glad to announce my next film Code Name: Tiranga; set to release in cinemas on 14th October. I hope the audiences enjoy this action entertainer, which talks about a soldier’s sacrifice in the line of duty for her nation.”

Are you excited to catch this movie on 14th October?