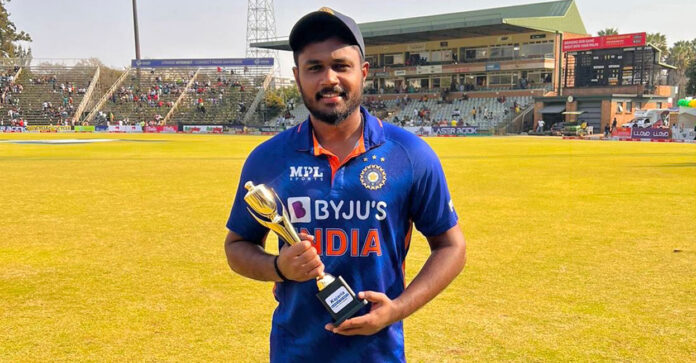 Here’s a look at who is likely to be selected for the India vs. South Africa ODI series.  Sanju Samson will almost certainly be named deputy.

This is because the senior players will need some rest before the upcoming T20I World Cup. Shikhar Dhawan, who is not in the World Cup squad, is expected to lead the team. Sanju Samson is expected to be named deputy. Here’s a closer look:

Shikhar Dhawan takes charge in the absence of KL Rahul and Rohit Sharam in the ODI format, as seen in previous tours to Sri Lanka and the West Indies. Dhawan has a stellar track record with the teams for which he has played.

The games are frequently played without the big names, but they are extremely interesting. Sanju is likely to be named vice-captain. The reason for this is his captaincy experience.

Sanju has led the Rajasthan Royals in the IPL for several years. In addition, he was named captain of the India A Team in the recently concluded India A vs. New Zealand A series. He led India A to a 3-0 series victory in one-day internationals. Sanju Samson has played seven ODIs and 16 T20Is for India.

Rajat Patidar is expected to Get a National Call-Up:

Rajat Patidar, the middle-order batsman from Madhya Pradesh, is expected to be called up for the series against South Africa. His outstanding domestic performances in recent seasons, as well as the outstanding IPL season, have earned him this honor.

Rajat has been making a name for himself on the domestic circuit since the 2021 SMAT. He was among the tournament’s top run scorers. Furthermore, his recent performances for Madhya Pradesh aided the state in winning the Ranji Trophy for the first time. His 100 in Qualifier 1 left a lasting impression on the cricket community.

Senior players such as Sanju Samson, Shubman Gill, Shardul Thakur, Prasidh Krishna (subject to fitness), and Mohammed Shami are expected to be on the team.