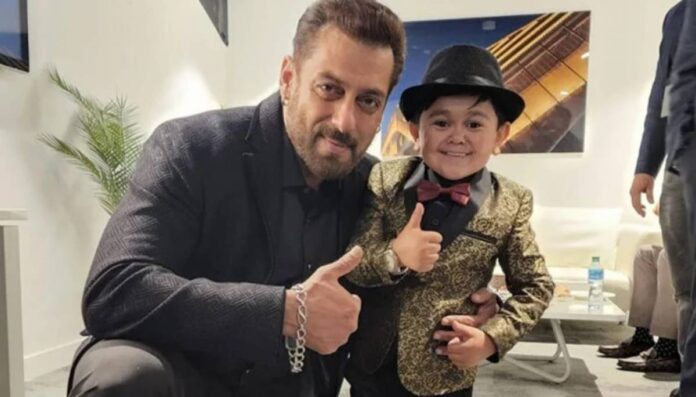 Gauahar first welcomed Abdu and Salman introduced him saying that he will be part of his upcoming film Kisi Ka Bhai Kisi Ki Jaan. Asked about his favorite actors, Abdu named Salman and Shah Rukh Khan.

“It is great, he does not understand Hindi but can sing Hindi songs,” Salman said after Abdu sang his popular song Dil Deewana from Maine Pyar Kiya. They also chatted about what happens inside Bigg Boss. Abdu insisted on drama but Salman kept reminding him that it begins with romance and then moves on to drama.”

Announced as the first confirmed contestant of Bigg Boss 16, Abdu Rozik is a Tazakistan singer and performer. He won over the internet with his song ‘Ohi Dili Zor’. The singer has a YouTube channel called Avlod Media and it features over 580k subscribers.

He boasts of 3.5 million followers on Instagram, with pictures taken with several stars including Cristiano Ronaldo. Reportedly belonging to a family of gardeners, Salman confirmed that Abdu is over 18 years old and is eligible to be a participant in Bigg Boss 16.

The event is being hosted by Bigg Boss 7 winner, actor & dancer Gauahar Khan. The show will premiere on October 1 and Salman will introduce the rest of the contestants before they are sent to the Bigg Boss 16 house to remain locked for a hundred days.