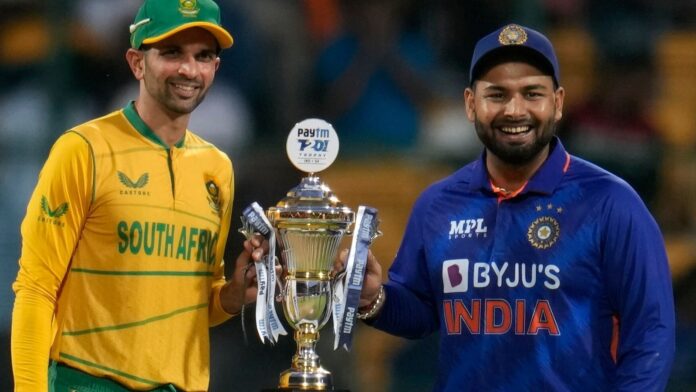 India takes on South Africa in a three-match ODI and T20I series to be played here in India itself. Starting from 28th September with the first ODI.

After defeating Australia in the first T20I series, India is all set to charge on South Africa for the second leg of the T20I series.

Since the unfortunate early exit of India from the Asia Cup 2022 and taking a league exit from the T20 World Cup 2021, these bilateral series are extremely important for India for practice as well as take care of any shortcomings before the upcoming ICC T20 World Cup 2022.

The series begins with the first T20I on 28th September in Thiruvananthapuram.

The next two T20Is will be played in Guwahati on 2nd October and Indore on 4th October.

The series then moves on to the three ODIs starting with the first ODI in Lucknow on 6th October.

The second and the third ODI will be played in Ranchi on 9th October and Delhi on 11th October respectively.