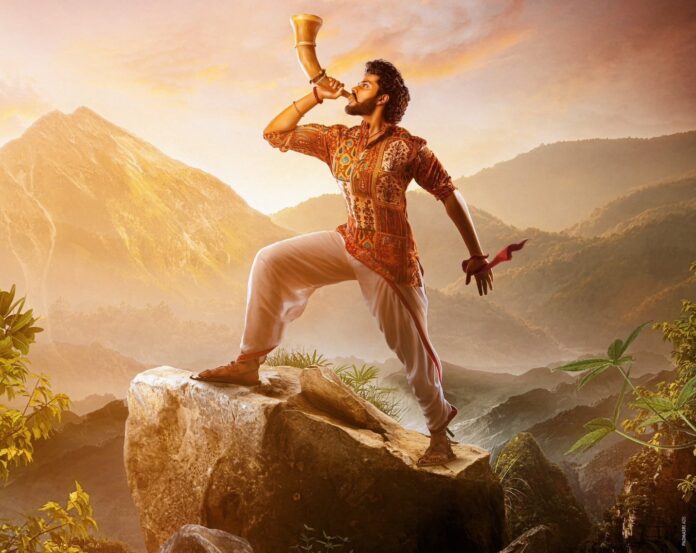 On Monday, the teaser for the upcoming Telugu superhero movie HanuMan was released. Since it was announced, the movie, which is a contemporary recreation of the Indian god as a superhero, has sparked people’s interest. According to the preview, the movie appears to be a big tale of a little child who is allegedly another Hanuman avatar.

The teaser’s VFX, which was produced on a shoestring budget, has attracted the attention of online users, many of whom believe it to be superior to the Adipurush teaser.

In the teaser, a young man (Teja Sajja), who is the Lord Hanuman’s avatar, is seen battling bad villains and making them soar into the skies. In addition, there are pictures of a vast forest, a huge statue of Hanuman, and him jumping into the night sky in the big graphics.

Netizens’ immediate response to the teaser has been overwhelmingly enthusiastic. The teaser was released on Twitter by the director Prasanth Varma. Varalaxmi Sarath Kumar and Amrita also had significant parts in the movie.

The Ancients Shall Rise Again✊

Taking you all into a whole new surreal world of #HanuMan 💪#HanuManTeaser OUT NOW❤️‍🔥
– https://t.co/euGU07T7Ha

Many individuals praised the film’s vision and proclaimed that its VFX were superior than those of Adipurush. The Prabhas-starring film received flak for having “poor visual effects.”

VFX in Hanuman is far better than the high-budget Adipurush.

#HanuManTeaser looks the best thing within 3.5 cr. Aadipurush looked the worst thing, within maybe 10 crores.. That '500 cr' aspect is simply a scam. Black money to white n all that. #AadiPurush

HanuMan, starring Teja Sajja, is directed by Prasanth Varma, who is well known for the Telugu film “Awe!” that won a National Award. The movie will also be released in Hindi, Tamil, Malayalam, and Kannada with subtitles. Prasanth is rumored to be launching his planned cinematic universe with this movie. The franchise will include additional films.