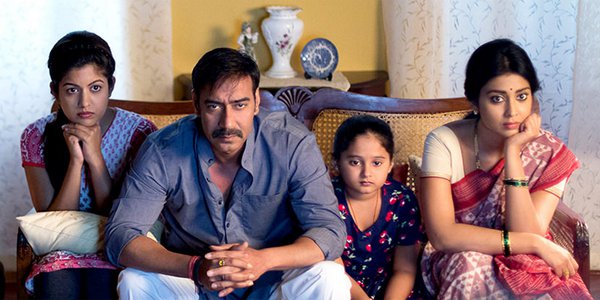 Ajay Devgn teases Drishyam 2 by posting ‘purane bills’ from Drishyam 1 which released in 2015 on his social media accounts.

It’s no news that Ajay Devgn will be returning with Drishyam 2. Furthermore, the actor has now dropped hints which indicate that the wait for the first look of Drishyam 2 will not be long.

Today morning, Ajay Devgn took to his Twitter account to post some bills that played a pivotal role in the story of Drishyam 1. A receipt from ‘Ashok Restaurant’ with an order of four pav bhaji with two extra pavs, a CD of Swami Chinmayananda Ji’s Maha Satsang dated October 2 and 3, a ticket from Panjim to Pondolem, and movie tickets were among the bills.

Fans of the suspense thriller will recall that these bills were used to prove the family’s alibi in the film.

The post has made audiences believe that the first look and the teaser trailer of Drishyam 2 will be launched on 2nd October. Fans are beyond excited for the suspense thriller.

See some of their reactions.

Oh man!!!! I'm very very excited for this even if it's a remake. Ajay is steller in thriller roles…

Ajay, Shriya Saran, and Tabu have previously been revealed to have shot for the film. Earlier this month, a source told Bollywood Hungama that Drishyam 2’s producers and director, Abhishek Pathak, intended to begin film promotions on October 2.

They believed that starting their campaign on this date was appropriate because it had significance for the first part as well.

The source also said, “Moreover, things fell into place for them as Drishyam 2 is scheduled to be released on November 18, that is, 45 days after October 2. Hence, everyone in the team unanimously agreed to begin the film’s promotional journey on the national holiday.”

While little is known about Drishyam 2, it has been reported that, like the first film, it is a remake of the Malayalam film of the same name, which was released in 2021.

Gonna be eagerly waiting for the official teaser trailer of Drishyam 2.