You will always be the greatest: Virat Kohli to Roger Federer 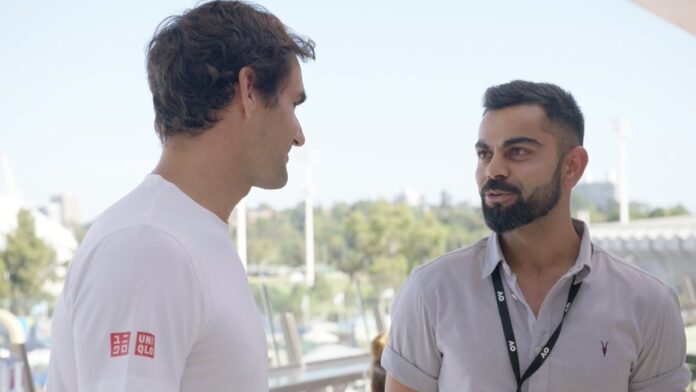 Virat Kohli, in a video message, called Federer the “greatest of all time”

Roger Federer announced his retirement from tennis on September 15 and played his final match in the Laver Cup 2022. Virat Kohli, in his video message for Federer, called the former tennis star the ‘greatest of all time’, and wished him luck for his next phase of life.

Thank you for all the incredible memories, Roger 💫 @rogerfederer | #RForever | @imVkohli pic.twitter.com/VjPtVp9aq6

In a video shared by the ATP Tour, Kohli, in his message to the tennis great, said, “It is a great honor for me to be able to send this video to you congratulating you on a phenomenal career that has given us so many beautiful moments and memories.”

In his message for the Swiss tennis legend, Kohli said, “I personally had the chance to meet you in Australian Open in 2018, something that I’ll never ever forget in my life. One thing that stood out for me even watching you play, was the fact that so many people around the world, not just in the world of tennis got behind you, supporting you and that kind of unity I’ve never seen for any other individual athlete ever. That is something that cannot be created, that cannot be generated in any way.”

“You had that special ability always. It was very evident when we watched you play and the aura you brought on the court is unmatchable. And for me, you’re always going to be the greatest of all time. I’m sure in the next phase of your life you’re going to have as much fun and as much enjoyment as you did on the court. I wish you all the best and your family as well. Take care,” said the Indian star batter

Federer took to his official Instagram account to react to Kohli’s video message. Sharing the video on his Instagram story, Federer wrote, “Thanks @virat.kohli. I hope to make it to India soon.”