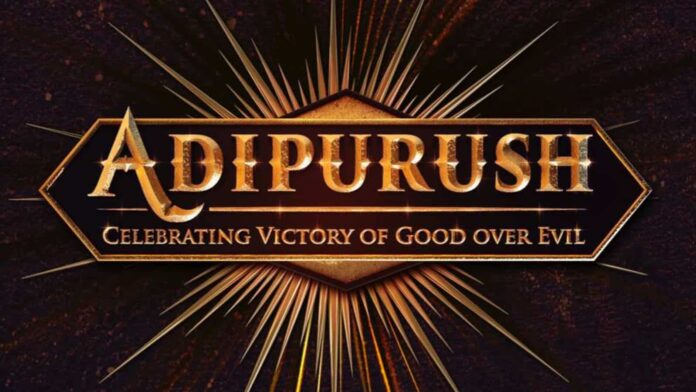 Adipurush: Prabhas displays the warrior side of his role with a bow and arrow.

Adipurush, directed by Om Raut, debuted its first image on Friday. Prabhas published the movie’s English, Tamil, Telugu, Malayalam, and Kannada posters on his Instagram page. Prabhas was depicted in the ad sitting on one knee and gazing upward while clutching a bow and arrow.

For the look of his role, the actor was seen with his hair tied back while donning a vest and dhoti. In the distance, lighting could be seen in the blazing sky. Prabhas would portray Ram in the movie, and the character’s initial appearance reveals his warrior side.

Sharing the first look, he captioned the post, “|| Aarambh (Beginning) || Join us as we embark on a magical journey on the Sarayu River Bank in Ayodhya, UP. #AdipurushInAyodhya. Unveil the first poster and teaser of our film with us on Oct. 2 at 7:11 PM! #AdipurushTeaser #Adipurush releases IN THEATRES on January 12, 2023 in IMAX & 3D!” He also tagged the cast and crew of the film. 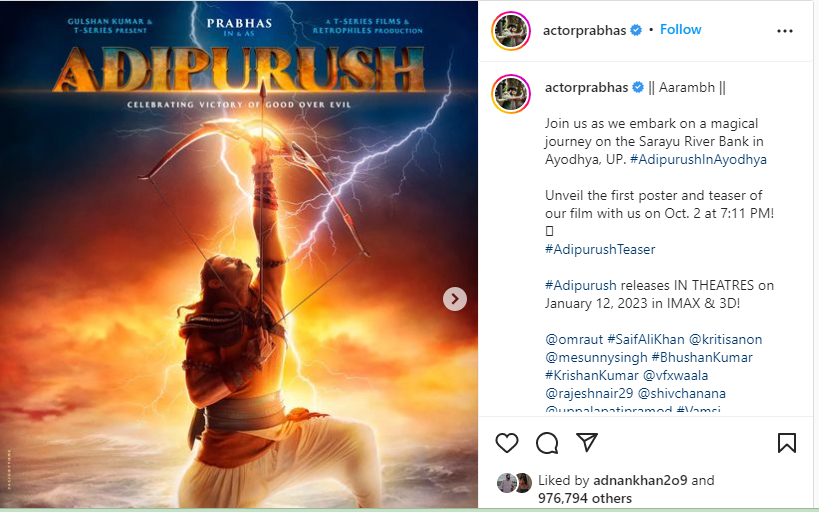 Sunny Singh, Saif Ali Khan, and Kriti Sanon are also featured in the movie. According to reports, Sunny would play Lakshman in the movie. In the upcoming movie, Kriti is expected to portray Sita, and Saif Ali Khan will play Raavan.

On October 2 on the bank of the Sarayu in Ayodhya, the teaser and poster for the movie will be presented. Adipurush is a forthcoming mythological film that depicts the victory of good over evil and is based on the epic Ramayana.

Adipurush is set for an IMAX and 3D release on January 12, 2023. Production on the movie began back in February. The movie, which was made by Bhushan Kumar, Om, Prasad Sutar, and Rajesh Nair, will debut in Hindi, Telugu, Tamil, and Malayalam.