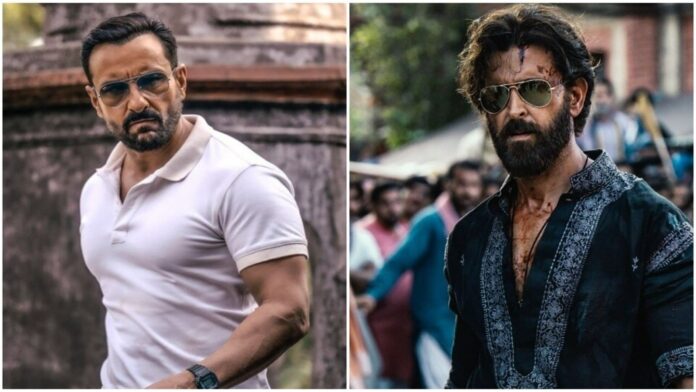 The makers of Vikram Vedha released the theme song ‘Bande’ today. Performed by Sivam and written by Manoj Muntashir.

It’s no news that Vikram Vedha is highly anticipated by fans and to further build up that eagerness, the makers of Vikram Vedha released the theme song ‘Bande’ of the movie today morning.

Within a few minutes of releasing, #VikramVedha is already trending on Twitter with fans praising the song and urging the team of Vikram Vedha to mass promote the film as the release date is extremely near.

Have a look at some of the tweets;

Josh paida karo 🔥🔥🔥🔥🔥🔥 #Bande is Terrific ,now promote the film as much as possible ✌️✌️

That’s not the only good news though. Along with the announcement of ‘Bande’, Hrithik Roshan on his Twitter handle also announced that advance booking of Vikram Vedha starts from today!

The only thing that’s left to do is promote the film on a large scale as promotions play a huge role in gathering audience. Let’s see what the team of Vikram Vedha has planned next.

Vikram Vedha is the official Hindi remake of the Tamil film of the same name. This version too is directed by Pushkar-Gayatri and stars Hrithik Roshan as Vedha and Saif Ali Khan as Vikram. The film hits big screens this Friday on 30th September.

Vikram Vedha is all set for a massive release.