Sourav Ganguly out of BCCI after declining IPL chairman post 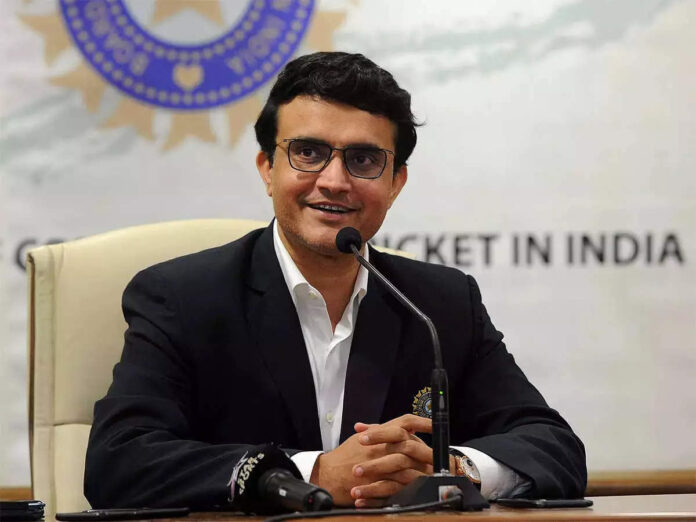 The vote for the BCCI president on Tuesday turned into a political controversy when the TMC, the dominant party in West Bengal, attacked the BJP, alleging that it was out to humiliate former captain Sourav Ganguly because it had not accepted him into the party.

Amit Shah’s son Jay Shah can continue serving as the Board of Control for Cricket in India (BCCI) Secretary for a second term but Ganguly cannot do so as its president, according to Trinamool Congress spokesperson Kunal Ghosh.

Ghosh also claimed that it is an example of “political vendetta” that Jay Shah, the son of Union Home Minister Amit Shah, can continue serving as the BCCI Secretary for a second term but Ganguly cannot.

The BJP, on the other hand, denied the accusations, calling them unfounded. The saffron party claims that the BJP never attempted to accept Ganguly, affectionately known as the “Prince of Calcutta,” into its fold.

“The BJP wanted to spread a message among the people of Bengal as if it was going to induct Sourav into the party,” Ghosh said.

“We are not commenting directly on this matter. But since the BJP floated such propaganda during and after the polls, it will surely be the responsibility of the BJP to respond to such speculations (that politics is behind Ganguly not getting a second term as BCCI chief). It seems the BJP is trying to humiliate Sourav,” he said.

Referring to Amit Shah, the TMC state general secretary said “a heavyweight BJP leader” went to the former Indian cricket team captain’s house for dinner in May this year.

“I think Sourav is the best person to explain the situation. If he has any political interpretation of the situation, I don’t know how much he can articulate,” Ghosh said.

Dr. Santanu Sen, a Rajya Sabha member for the TMC, expressed support for Ganguly and questioned why the BCCI president wouldn’t be given a second term.

Another example of political vendetta.

Son of @AmitShah can be retained as Secretary of #BCCI.

Is it because he is from the State of @MamataOfficial or he didn't join @BJP4India ?

We are with you Dada!

Dilip Ghosh, national vice-president of the BJP, responded to the accusations by calling them “baseless.”

“We don’t know when the BJP tried to induct Sourav Ganguly into the party. Sourav Ganguly is a cricketing legend. Some people are now shedding crocodile tears about the changes in BCCI. Did they have any role when he took over as BCCI president? The TMC should stop politicising every issue,” Ghosh said.

In the meantime, Roger Binny, a member of the 1983 World Cup-winning squad, submitted his nomination for BCCI president on Tuesday. He is anticipated to be elected without opposition when the Board holds its AGM on October 18 in Mumbai.

If no other candidates enter the race, Jay Shah, who has also submitted his nomination, would serve as BCCI Secretary for a second consecutive term.

Shah is anticipated to take Ganguly’s place as the representative of India at the ICC Board.

When searching for a leader to challenge the charm of West Bengal Chief Minister Mamata Banerjee, Ganguly was once thought to be the man the BJP wanted to bring on board.

The master cricketer, on the other hand, has stayed out of politics thus far, limiting himself to cricket management.

Ganguly had previously stated to reporters that although there was much conjecture following the dinner party he hosted for the Union home minister, it was because Shah is someone he has known for a very long time.

The former India captain was eager to continue serving as BCCI President, but he was informed that doing so had never happened before, per a BCCI source.

According to the source, Ganguly was offered the IPL chairmanship but turned it down since he couldn’t accept leading a BCCI subcommittee after leading the same organization.