Siraj will be replacing Bumrah for the ICC World Cup 2022 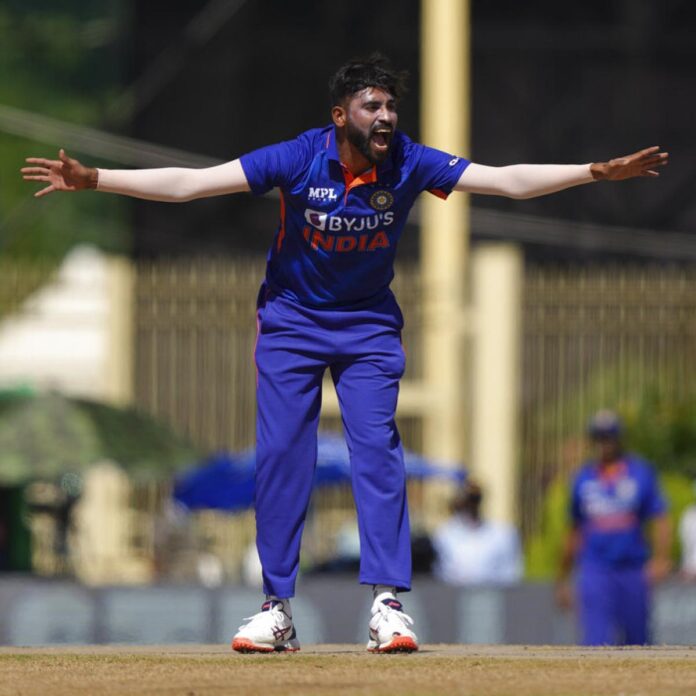 Sunil Gavaskar chose Siraj for the World Cup  instead of Mohd Shami since the latter has not played in a while.

Sunil Gavaskar, a former captain of India, has asked team management to choose Mohammed Siraj to replace Jasprit Bumrah, who is injured, for the forthcoming T20 World Cup.

“I’d go for Siraj because he has been bowling well; Shami has not played for a while. And to hit your steps straight away in a World Cup, yes, there are a couple of warm-up matches,” Gavaskar told Star Sports.

He also said, “As of now, nobody has been selected as the 15th player. I don’t know…has he gone with the team to Australia? He hasn’t gone. So he has played no cricket. And that’s a concern.”

Mohammed Siraj won his first Player of the Series title in the ODI series against South Africa and displayed good rhythm the entire time.

In contrast, Mohammed Shami hasn’t played any cricket since he tested positive for the Covid-19 virus prior to the T2OI series against South Africa in September. Shami is one of the favourites to travel with Team India to Australia in place of Jasprit Bumrah and is now on backup.

“No doubting his quality. Just the fact that he (Shami) has not played any cricket. It’s never easy to come back after Covid. Your stamina can be a little bit of suspect – I know it’s a four-over game in T20I cricket. But look at the way Siraj has been bowling. He’s bowling brilliantly,” Gavaskar said.

On October 23, India will play Pakistan in the T20 World Cup opener at Melbourne Cricket Ground.