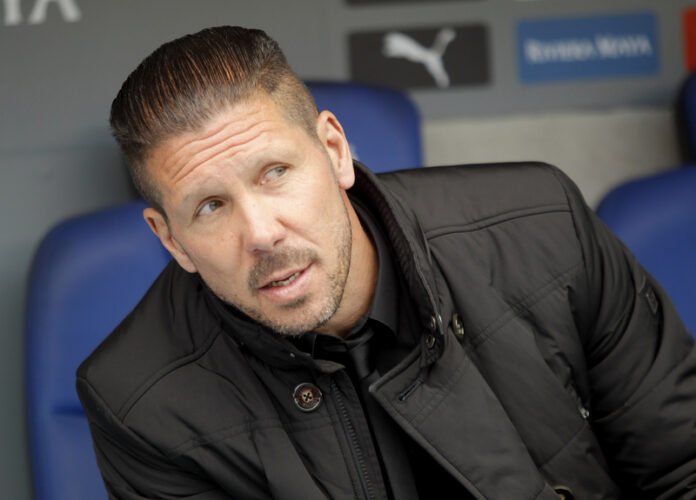 For the five thousand Atleti fans gathered in the car park outside the Jose Zorilla Stadium, it was a nerve-wracking 90 minutes.

Diego Simeone and his boys needed a win at all costs to win their first La Liga title since 2013-14.

The opposition was Ronaldo Nazario’s Real Valladolid who were fighting relegation but fully aware that a victory could keep them in the first division.

After Valladolid went into the lead with a strike by Plano, Atletico equalised with a piece of magic by Simeone’s trusted hand, Angel Correa.

However, the killer punch that won the title was delivered, befittingly by Barcelona outcast, Luis Suarez.

Simeone is the longest serving manager in Atletico’s history.

In the ruthless world of Spanish football, where only results matter, Simeone has delivered silverware with tiresome regularity.

However, this season was where Simeone displayed his tactical superiority.

Starting with the inspired acquisition of Luis Suarez.

More importantly, he changed his proven methods to create a system that would suit Suarez the most.

This enabled better coverage of the field and ensured that Suarez has more players close to him in the attacking half.

As a result, Atletico had more possession and played more passes in the opponent’s half than in the past.

The attacking fluency improved as the average passes in the final third increased from 53.13 to 62.1.

Also, Suarez was not being given too much responsibility to press, leaving him free to exploit the open spaces. His main responsibility was limited to to shielding the defensive midfielder.

Atletico went on to score 67 goals this season which was the joint-second highest.

Also, they conceded the fewest goals (25).

Atletico goal-keeper Jan Oblak made the most saves this season (103) and registered the highest number of clean sheets (18).

Another key player was mid-fielder, Marcos Llorente who netted 12 goals and gave 11 assists.

Angel Correa was another creative influence with nine goals and eight assists.

With Real Madrid and Barcelona facing uncertainty owing to financial difficulties, Atletico can build on this success and look to dominate next year too.

With El Cholo (Simeone) at the helm, that looks fully achievable.