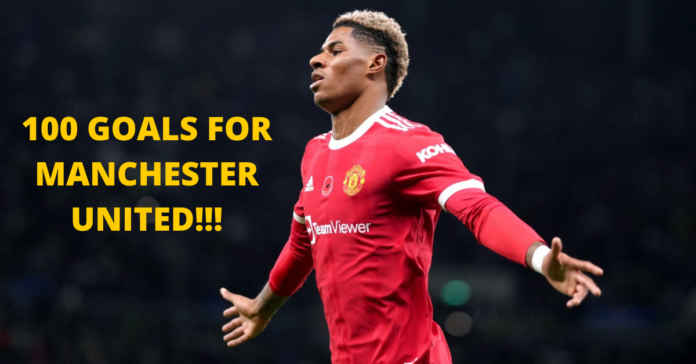 Marcus Rashford’s 100th goal for his club earned Manchester United the match as they beat West Ham 1-0. After struggling to create chances, Marcus Rashford scored a beautiful header from a perfectly timed cross from Christian Eriksen in the 38th minute.

“Beautiful feeling [to get his 100th goal]. Something I have been working on, I feel I need to score more goals like that and keep getting in those areas. Pleased that I have managed to score today and it’s always good to score regardless of whether [England manager] Gareth Southgate is watching or not.” he added

“Completely different energy in the team, we had a difficult start but we have to keep going.”

“It’s a completely different energy around the club and the training ground,” Rashford told Sky Sports. “That puts me in a better headspace, and I feel really motivated now. That’s the area I was struggling in.

“I was struggling at times with more mental things. It wasn’t really my own performance but other things off the pitch. That’s the biggest difference from last season.

Cristiano Ronaldo started for United for the first time in the Premier League after he refused to come on as a substitute against Tottenham and left the match early.

“The last few games against United we have done the same,” David Moyes said. “We done a good job, played well, put them under plenty of pressure, we just lacked the final ingredient.

“David de Gea’s two saves were fantastic. You can’t be United’s number one if you are not a fantastic goalkeeper.

“We are disappointed not to score. We played very well at Anfield, missed a penalty, had a couple of opportunities, and it was the same tonight.”