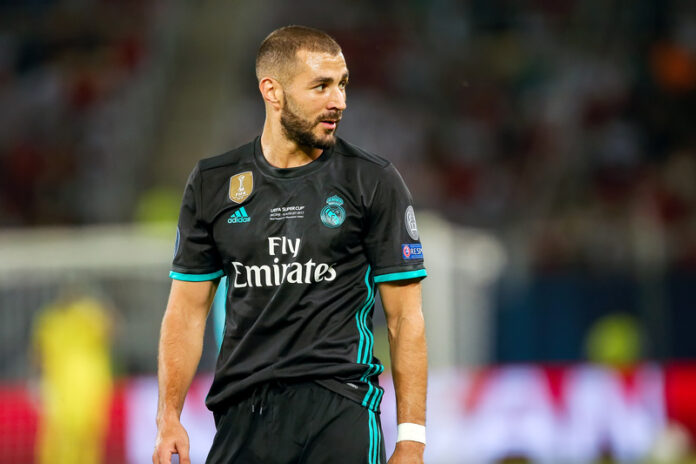 Chelsea and Real Madrid will meet at Stamford Bridge on Wednesday to settle their Champions League semifinal tie.

Thomas Tuchel, who stood at the Paris Saint-Germain dugout in the last Champions League final, would be looking forward to making a second consecutive appearance in the showpiece event, wearing the colours of Chelsea this time.

Zinedine Zidane, on the other hand, will look to finish the season in a high note after enduring a topsy-turvy campaign.

The first leg between the two sides ended 1-1 at Estadio Alfredo Di Stefano.

Tuchel would be disappointed that his team couldn’t take more than an away goal advantage back home, despite coming across a handful of chances to bury the tie.

Christian Pulisic scored a brilliant solo goal which was much reminiscent of the iconic goal Fernando Torres had scored for the Blues against Barcelona at the same stage of the competition a decade back.

But, the visitors couldn’t hold on to the lead for long.

A brilliant Karim Benzema goal restored parity in the 29th minute and the scoreline remained the same for the most of the game.

Chelsea had some very good chances to take the lead, but their wasteful finishing kept Los Blancos in the tie.

What must Real Madrid do now

Given Real Madrid’s history in the competition, you can’t write them out of this clash.

A victory of any margin at Stamford Bridge would be sufficient to book them a place in the final.

However, that would be easier said than done.

Ever since Tuchel took over from Frank Lampard, the Blues have become one of the strongest defensive sides in England.

They have managed 11 clean sheets in their last 15 matches.

Since a goalless draw would be enough to send Chelsea through, breaking them down would be quite difficult.

To win this tie, Real Madrid must assert dominance in the midfield.

Toni Kroos and Luca Modric have proven themselves as the best midfield partnership in the game many times, but they were second fiddle to Mason Mount, N’Golo Kante, and Jorginho in the last game.

In this leg, they have to return to their best form.

Mateo Kovacic will miss out again for Chelsea, meaning Jorginho will deputise for the Croatian once again.

Antonio Rudiger has recovered from his knock and will be available to bolster Chelsea’s rearguard.

Injuries have been a recurrent problem for Zidane this season.

Lucas Vasquez and Dani Carvajal are too early in their rehabilitation process to make it to the game.

Eden Hazard will return to London for the first time since his big-money move to Madrid.

Real fans will hope that he can put his old team to the sword.

The Belgian is yet to strike a consistent run of form for Madrid.

He managed to play 70 minutes on Sunday against Osasuna and showed sparks of his past self.

Even though he couldn’t score or assist, his performance was mostly positive. Hence, Zidane might deploy him at Stamford Bridge.

Kroos and Modric got some much needed rest in the weekend. With a fresh set of legs, the duo can cause way more problems to the Chelsea than they did last week.

We are expecting a goalless draw on Wednesday because of Chelsea’s strong defensive record and Madrid’s inconsistent attack.

Other than Karim Benzema, no Madrid players have shown a strong appetite for scoring goals this season.

While the Frenchman has 27 goals to his name, no other Real Madrid players managed to reach double digits in goals.

Chelsea have had their own troubles in front of goal.

To compensate for an underperforming attack, we are expecting Tuchel to sit back and prevent Madrid from scoring.

Chelsea have been exceptionally good at the back under Tuchel, and this could play out to their advantage in this game.