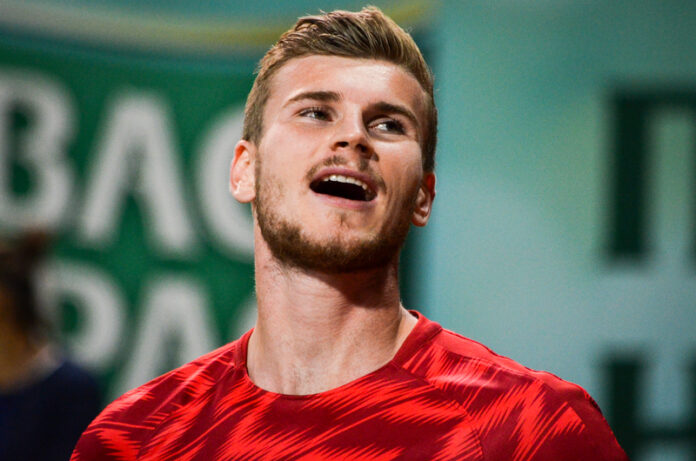 The dream is on for Chelsea as they have paved their way to the UCL final 2021 after beating Spanish giants Real Madrid 2-0 (3-1 on aggregate.)

Chelsea striker Timo Werner and golden boy Mason Mount struck a goal each to finish the tactical battle between the two footballing war-horses.

Once the referee blew the whistle to commence the clash, it was truly a continuation from the first leg (which ended 1-1 on aggregate).

With a swift run down the wing, Ben Chilwell crossed the ball into Werner, who has struggled with his clinical finishing in his latter matches.

The agile striker managed to score only to have his celebrations interrupted by the linesman for offside.

From that moment, Werner elevated his game.

With a chipped shot bouncing off the crossbar by Kai Havertz, the Chelsea number 11 headed the ball comfortably home.

This was Werner’s first Champions League goal in open play for Chelsea and his first since September 2019 for RB Leipzig against Benfica.

The game heats up

However, there were moments of anxiety for Thomas Tuchel.

Madrid forward Karim Benzema, managed to shoot a venomous strike towards Edouard Mendy, only to be denied by the towering goalkeeper.

Madrid tried to go for the kill with Benzema managing to have another attempt at goal in the 36th minute.

However, Mendy displayed astonishing reflexes by tipping the ball over the bar for a corner.

This was followed by a customary booking to Sergio Ramos, who knocked Azpilicueta to the ground.

Christiansen was another addition to the yellow cards after fouling Mendy right after.

The players went into the tunnel with Chelsea holding the advantage at halftime at 1-0.

Just 90 seconds after the restart, Kai Havertz stepped up for Chelsea with a sublime cross fed by Azpilicueta.

The German headed the ball away only to be denied by the crossbar, after managing to beat Thibaut Courtois.

Madrid were struggling to cope with ariel duels whereas chances started flowing for Chelsea.

Eden Hazard took matters into his own hands by firing a powerful shot directly at Mendy’s legs.

Chelsea created another great chance when Werner marched on, penetrating the Madrid defence line and passed to Kante advancing on the left flank. Fede Valverde made a brilliant intervention and his last-ditch sliding block prevented Kante from scoring.

As if the attacking firepower wasn’t enough, Tuchel decided to bring Christian Pulisic on for Timo Werner.

Pulisic proved to be an immediate handful for the whites as Toni Kroos took him down earning a booking.

Chelsea’s defence was as solid as their attack.

The proof was in the pudding when Karim Benzema’s threat was overshadowed by Jorginho towards the end of the match who threw himself at his attempt, blocking it.

Eventually, Chelsea’s golden boy, Mason Mount hammered the final nail in the coffin for Madrid. The Englishman slotted away the ball fed by Pulisic who beat the Belgian Keeper without whom the score wouldn’t have been just 2-0 at full time.

At 22 years and 15 days, Mason Mount became the second-youngest Englishman to score in the semi-finals of the Champions League, after Wayne Rooney (21 years 182 days vs Milan).

Chelsea are now on their way to Istanbul to face Manchester City on the 29th of May in a much-anticipated battle for European supremacy.

N’golo Kanté picked up the man of the match award with an outstanding performance yet again, being all over the pitch when Chelsea needed him.