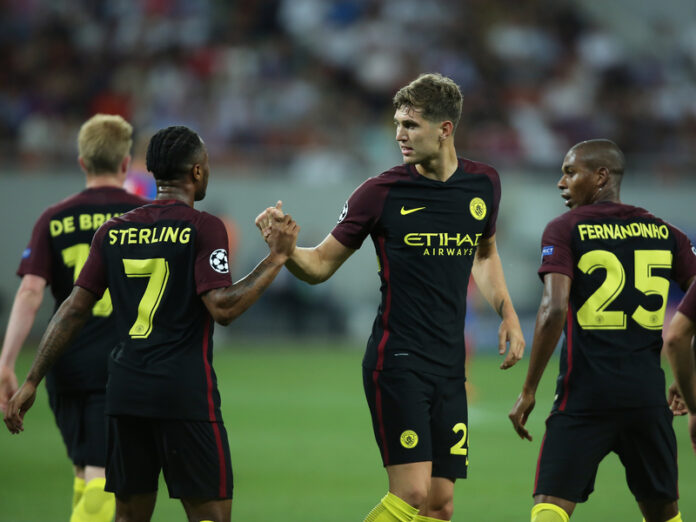 Manchester City are one match away from making the first-ever Champions League final in their history.

A 2-1 win at Parc des Princes last week has brought them on the brink of a memorable night in Istanbul.

But, the Citizens will still have to ward off the mercurial Paris Saint-Germain frontline for another 90 minutes before booking their flights for the Turkish capital.

PSG started on the front foot at home as they went ahead with a Marquinhos header.

After a dominant first-half display, the Parisians saw their advantage fade away as Kevin De Bruyne’s cross deceived Keylor Navas to make it into the net.

Now, the Ligue 1 giants will have to score at least twice at Etihad on Tuesday to cancel out Man City’s lead.

Two away goals have tilted the tie heavily towards Manchester City’s favour.

But given the firepower PSG have at their disposal, they can hold on to their hope for turning things around.

The home side has had a successful weekend that would have boosted their morale even more.

Thanks to their 2-0 victory over Crystal Palace, Manchester City have all but confirmed their third Premier League title over the last four seasons.

Guardiola rested many of his key players, but that didn’t stop him from returning with all three points from Selhurst Park.

Sergio Aguero, who would be leaving City at the end of this season, didn’t get a chance to play in the previous leg.

The Argentine would hope his goal against Palace would convince the manager to move away from the false-nine model he applied in the first leg and put him in the starting XI for the second leg.

No English teams in European history has ever failed to progress into the next round after winning the first leg away from home.

The soon-to-be champions-elect of the Premier League will be determined not to become the first English team to break that trend.

Moreover, if City go through, it would be the first time Pep Guardiola will reach a Champions League final since his Barcelona days. So, the manager has an axe to grind here as well.

Winning in the second leg would entitle City to the record of the longest winning streak of an English side in European competitions.

They have won each of their last six matches in Europe. Therefore, a win will not only send them to the final, it would also earn them a place in the record books.

Mauricio Pochettino is not a stranger to Champions League heartbreaks.

Just a few seasons back, he led Tottenham Hotspurs to the Champions League final only to succumb to an agonizing 2-0 defeat to Liverpool.

So, he would be pinning his hopes on making a comeback and avoid having to relive the misery once again.

While Manchester City have a rejuvenated squad with no notable absentees, Kylian MBappe is in a race against time to become fit for the match.

He didn’t play in PSG’s 2-1 victory over against Lens, nor was he seen in PSG’s training session the day after.

But, the PSG camp is confident that he will be ready to face Man City.

Mbappe wasn’t at his best in the first leg, but PSG would be relying on him to unlock a defence that has shipped only four goals in 11 Champions League matches.

Manchester City are the favourites to qualify for the final, but PSG’s prolific attack consisting of the likes of Mbappe, Neymar, and Di Maria keeps them in contention of a second back-to-back final appearance.