Olivier Giroud: The most underrated footballer in the world? 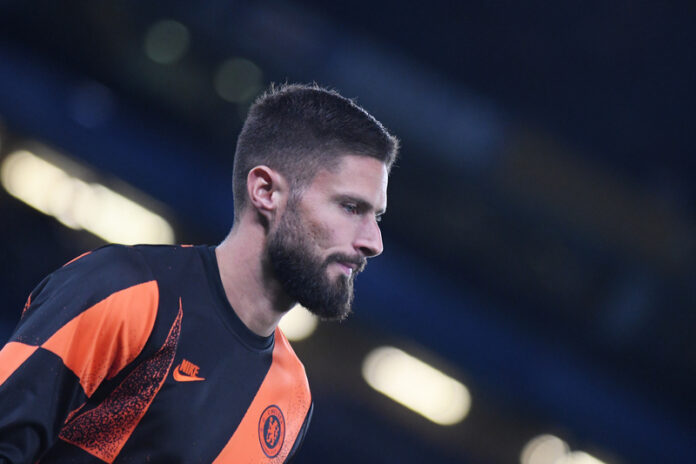 Olivier Giroud is one of the most underappreciated, if not the most, currently active footballers.

The Frenchman has won the World Cup for the country and had the honour to lift the ultimate prize of European club football, the Champions League.

At the same time, many top footballers finished their careers without the opportunity to lay their hands on any of those titles.

Despite having a rich trophy cabinet, Giroud barely gets the recognition he deserves.

His involvement in France’s 2018 World Cup-winning campaign, where he started every match, led to a myriad of memes online mocking Giroud’s ‘’poor’’ stats in the tournament.

Giroud did not score any goals in the competition and had only one assist under his belt.

On paper, this looks pretty below par indeed. But, Giroud still managed to significantly impact the team, which can’t be quantified using stats.

His excellent hold-up play, physicality and work rate made it easier for his attacking partners Kylian MBappe and Antoine Griezmann to wreak havoc on opposition defences.

Giroud did the dirty work, drew away the defenders, and created vacuums upfront, which other attackers could take advantage of. He served as the perfect attacking outlet for France.

For this reason, Olivier Giroud has been a staple at Les Blues setup.

He has represented his country 111 times, meaning he has played more matches for France than Patrick Vieira, Zinedine Zidane, and his current national team coach Didier Deschamps.

Giroud is not known as a prolific goalscorer, but he only has Thierry Henry in front of him in the all-time goalscorer’s leaderboard for France.

The Arsenal legend bagged 51 goals in 123 outings for France.

Giroud currently has 47 goals in 111 caps, meaning Giroud will break Thierry’s record playing fewer matches than him if he scores four more goals in his next 11 games for France.

Arsenal fans might not have good memories of Olivier Giroud as many Gooners single Giroud out as the reason Arsenal did not win the league in 2015/16.

But, the truth is, Arsenal’s poor run of form towards the end of that campaign was affected by a handful of other factors besides Giroud’s underperformance.

Santi Cazorla’s injury and Arsenal’s defensive struggles were pivotal in finishing Arsenal’s title ambitions. But, Giroud was the lightning rod for criticism.

Before jumping ship, Giroud scored 105 goals and made 41 assists in 253 appearances for the North London club.

At Chelsea, Giroud’s role mainly was limited as a substitute.

But, the France international’s fantastic professionalism and penchant for scoring crucial goals made him a fan favourite at Stamford Bridge. He scored 39 goals and made 14 assists in 119 appearances for Chelsea.

With the 2022 World Cup fast approaching and Karim Benzema’s return to the French national team, Olivier Giroud felt the urge to clock more minutes and his pursuit of regular football brought him to the San Siro in 2021.

The 35-year-old has forged a formidable striking partnership with Zlatan Ibrahimovich at AC Milan.

As of writing, Giroud has played 29 matches for the Rossoneri and scored 11 goals, including a crucial brace against reigning Serie A champions and arch-rivals Inter Milan in the Derby Della Madonnina.

Even though his contributions often fly under the radar, Olivier Giroud has been a part of the teams he has represented in recent times.

He has been nothing short of excellent for Milan and merits a seat on France’s national team’s Qatar-bound flight later this year.