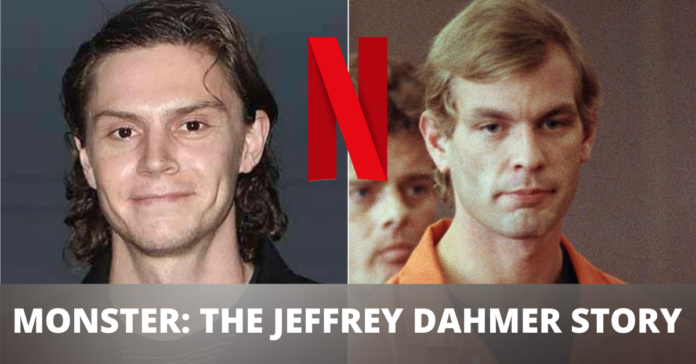 Netflix’s newest addition to its true crime canon is a thriller from Ryan Murphy, who explores the case of one of America’s most notorious serial killers: Jeffrey Dahmer.

The notorious serial killer, who grew up in Ohio’s Bath Township, is the lead character in Netflix’s “Dahmer,” a 10-episode series that will explore the murders and dismemberments of 17 men and boys that happened between 1978 and 1991 at the hands of Dahmer, also known as the Milwaukee Cannibal or the Milwaukee Monster.

“Dahmer” is rated TV-MA for “substances, language, violence, nudity, gore, sexual violence and smoking,” according to the Netflix show page.

Here is the official trailer :

What is Netflix’s ‘The Dahmer Story’ story about?

“Dahmer” exposes the gruesome and unconscionable crimes that the serial killer acted upon from 1978-1991. According to Netflix, the series is “centered around the underserved victims and their communities impacted by the systemic racism and institutional failures of the police that allowed one of America’s most notorious serial killers to continue his murderous spree in plain sight for over a decade.”

Here is the List of Dahmer’s horrific real-life crimes

Dahmer committed his first murder three weeks after he graduated from high school in 1978. One day in June, he picked up 18-year-old hitchhiker Steven Mark Hicks, lured him to his house for a “few beers”, and bludgeoned him with a dumbbell. Dahmer then strangled Hicks to death, stripped him, masturbated, dissected the body, and buried the remains in a shallow grave in his back garden. He later dug up the body so he could dissolve it in acid and crush and scatter the bones.

Shortly afterward, Dahmer joined the US army for a few years. He continued to drink heavily. In 1981, he was discharged, and in the mid-Eighties, back in Milwaukee, he started to frequent gay bathhouses where he sedated men and assaulted them. In the late Eighties, he committed his second murder, this time of a man he brought back to a hotel. He then started to carry out assaults and murders in his grandmother’s home.

Dahmer’s grandmother asked him to move out, largely because of his drinking, his habit of bringing young men back late at night, and the foul smells coming from both the basement and the garage – where Dahmer would store and dispose of his victims. He moved out into an apartment in Milwaukee and the murders and dismemberments continued into the Nineties.

Many of his later murders involved necrophilia, cannibalism, and the permanent preservation of the skeleton.

Despite having been arrested numerous times in his life, once for groping a young boy, authorities only discovered Dahmer’s murderous activities when he was arrested after one of his victims escaped in 1991. Running down a Milwaukee street with a pair of handcuffs dangling from one wrist, Tracy Edwards told police that Dahmer was trying to kill him.

On that day, in Dahmer’s apartment, police found body parts and severed heads in his fridge, freezer, filing cabinet, and kettle. In 1992, Dahmer was jailed for life

On 28 November 1994, Dahmer was beaten to death by Christopher Scarver, a fellow inmate at the Columbia Correctional Institution in Portage, Wisconsin.