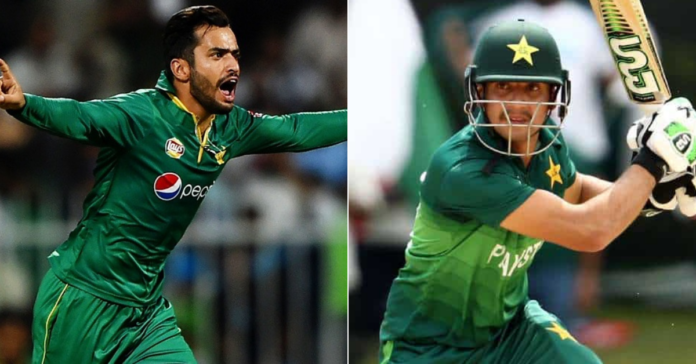 Pakistan’s team has lost just one of their five games in the series and is peaking at the right time as the T20 World Cup is approaching.

Skipper Kane Williamson played a knock of 59 as New Zealand posted 163/7 in 20 overs against Pakistan in the final of the ongoing tri-series. Earlier, the 50-run stand between Kane Williamson and Glenn Phillips ended in the 12th over.

New Zealand managed only 33 for 4 in their last five overs, with Harif Rauf showcasing his death bowling skills to restrict New Zealand.

Pakistan was 74 for 3 in the 12th over when Nawaz and Haider stitched together a match-changing partnership. Haider the first ball he faced from Ish Sodhi for six and then along with Nawaz scored 25 runs off Sodhi in the 15th over.

Babar Azam: “The way our team played deserves all the credit. The bowlers were brilliant at the death. The way the middle order played was outstanding. Haider and Nawaz are outstanding, so we need to step up and perform. (On the wicket slowing down) It didn’t make me change my thoughts about the toss. The wicket played the same too. Going to Australia, we have good confidence.”

We are looking forward to the World Cup now: Mohammad Nawaz

Mohammad Nawaz, POTM: I just backed myself in both days. Tried to display what I’d practiced in the nets with a clear mind. Batting in the middle order has helped a lot, backing myself and going with the plan was key. (On the 15th over vs Sodhi) Haider helped with a couple of boundaries in the previous over. We used the wind and got the boundaries against him. The weather has been very cold, was tough to adapt from Pakistan and Sri Lanka. We are looking forward to the World Cup now.