Leonardo DiCaprio might not be single for long, sparks dating rumours 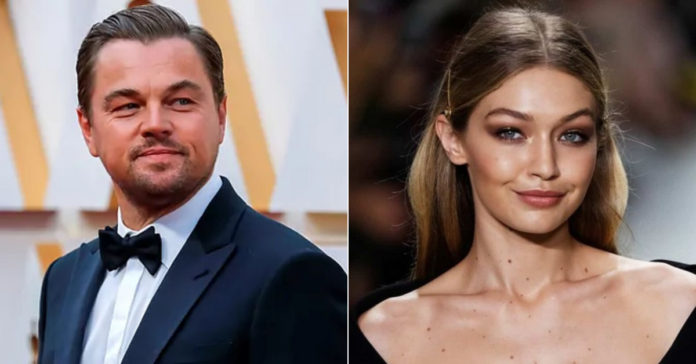 Leonardo Di Caprio, 47, and Gigi Hadid, 27, were seen hanging out together on Saturday, September 10, at a New York Fashion Week afterparty, according to an eyewitness

In photos obtained by Daily Mail, ‘The Wolf of Wall Street actor and the 27-year-old supermodel could be seen leaning in close together as they tried to chat in the midst of the loud party, which reportedly was thrown at Casa Cipriani by the Leonardo Di Caprio’s friends Richie Akiva and Darren Dzienciol in Manhattan’s Soho neighborhood on September 10.

“They are getting to know each other,” one insider shares, adding that the pair aren’t “dating” just yet.

Although DiCaprio and Morrone kept the details of their relationship private, Morrone admitted in a 2019 interview with the Los Angeles Times that she felt frustrated with the media attention paid to the relationship, especially the 22-year age gap.

“There are so many relationships in Hollywood — and in the history of the world — where people have large age gaps. I just think anyone should be able to date who they want to date,” she said.

For the night, Leonardo Di Caprio donned a black short-sleeve shirt and a black baseball cap while sporting his beard. As for Gigi Hadid, she wore a white crop top, revealing her toned midriff, along with baggy jeans.

Following the leaking of their first public sighting, a source close to the couple told Page Six that while they are dating, they are “taking it slow.”

The insider went on to say that the couple has been out together just the two of them as well as hanging out in groups. “(Leo) is not someone who is in and out of relationships. He doesn’t jump around hooking up. They are taking it slow.”

Recently, it’s reported that Leo and Gigi have been spending time “getting to know each other” in New York City. While one insider pointed out to the outlet that the two are “not dating” yet, another said Leo is “definitely pursuing” the mother of Khai.

While mentioning Zendaya among nominees for Emmys 2022, Kenan said, “Zendaya just turned 26 last week. 26 is a weird age in Hollywood. I mean, you’re young enough to play a high school student, but you’re too old to date Leonardo DiCaprio.”