Brahmastra part 2: Dev will release on this date 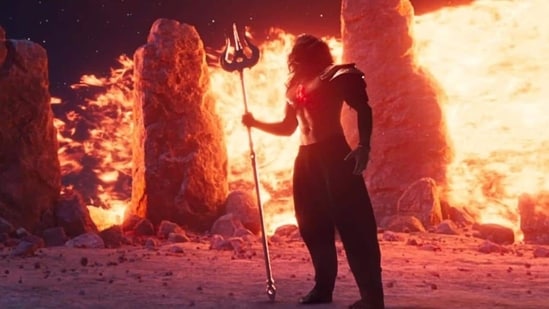 Brahmastra part one: Shiva is a fantasy drama film directed by Ayan Mukerji starring Ranbir Kapoor and Alia Bhatt in the lead roles.

Brahmastra part one: Shiva was truly anticipated by both the audience and the BTown fraternity. Now that the movie has been released and has already become a record-breaking hit, fans are eager for the sequel Brahmastra part two: Dev.

Brahmastra part one: Shiva took 5 years to complete with the heavy-duty VFX and was additionally delayed due to the covid-19 pandemic. Brahmastra part two: Dev will be about the antagonist Dev, his backstory, and his importance. Although it’s unclear who will play Dev.

In an interview with IndianExpress, Ayan Mukerji was asked about when Brahmastra part two: Dev will go on floors to which he said that he is targeting December 2025 even though just 3 years will be a tad difficult as the first part took so long.

Ayan also said that the sequel will tell the story of Dev and delve into the past but at the same time also focus on the present.

Brahmastra part one: Shiva also starred Amitabh Bachchan, Nagarjuna, SRK, and Mouni Roy. Fans liked SRK’s cameo so much that they started a petition for a spin-off dedicated to his character only as they came up with a lot of theories for his character.

SRK returned to the screen after 4 years since last being seen in his 2018 film Zero. SRK played the role of Dr. Mohan Bhargav, a renowned scientist who wields the Vanastra.

Ayan Mukerji knows all too well about the fan’s demands and revealed in the same interview with IndianExpress that the characters that fans loved so much might be back on screen. Ayan said that even before the fans went gaga over SRK’s cameo, the makers knew they had to bring Dr. Mohan Bhargav back while shooting his part in 2019 because his personality and character deserves an origin story.

Rest assured, Brahmastra part two: Dev has all the ingredients to be a blockbuster as we may also see Deepika Padukone in it.

Kangna Ranaut is out on a rampage again. Read to know what she’s up to.