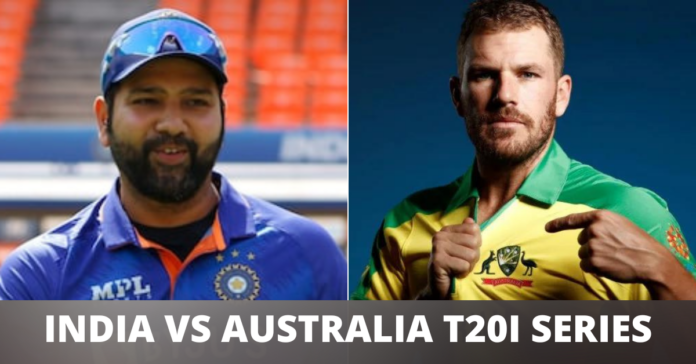 Australia is on a tour of India for a three-match T20I series which will begin on the 20th of September with the first game scheduled to be played at the Punjab Cricket Association IS Bindra Stadium, Mohali on Tuesday.

Schedule and Timing of India vs Aus T20I series

This game is scheduled to start at 7:30 PM IST and the live action can be viewed on Star Sports Network. The live streaming of the match will be available on the Hotstar app.

India will be looking to finalize their combinations for the T20 World Cup in the six home games against Australia and South Africa.

‘No one is perfect; strike rate is something I am working on , says KL Rahul

“Look, [it’s] obviously something that every player works towards,” Rahul said on the eve of the first T20I against Australia, the penultimate series for India before they go to the T20 World Cup. “No one is perfect. No one in that dressing room is perfect. Everyone is working towards something.”

“Everyone has a certain role to do. Obviously, strike rates are taken on an overall basis.  You never see when that batsman has played at a certain strike rate, whether it was important for him to play at a 200 strike rate or if the team could have still won playing at a 100-120 strike rate. So these are the things that not everybody analyses. Or if you look at it, it looks slow.”

KL Rahul Weighs in on Pant vs Karthik debate

“It depends on what kind of combination we want to go with. It will always depend on – firstly, the surface that we’re going to play on, and secondly, the teams that we’re playing against. These are decisions that are not easy,” Rahul said.

“Both of them are high-quality players and they have been playing really well. Both of them, to me, do different roles. For us as a team, and for the captain and the coach and the leadership group, is to see what we’re expecting.”

For Team India, Mohammad Shami has tested positive for COVID19 and has been ruled out of this T20I series.