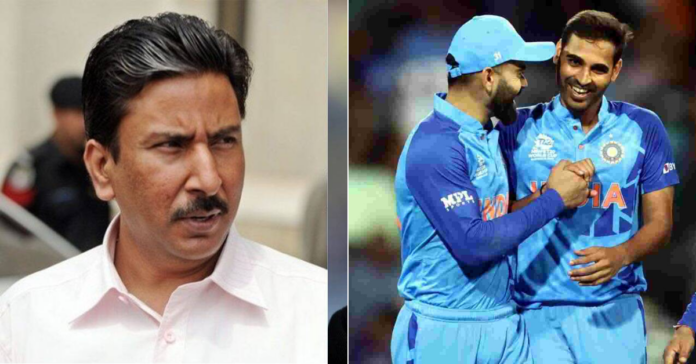 India lost to South Africa by five wickets in Perth, which more or less ended Pakistan’s chances of qualifying for the semifinals. Salim Malik said Team India lost deliberately in order to halt Pakistan’s progress in the T20 World Cup.

India missed some crucial chances in the field with a couple of run-outs and Virat Kohli missed an easy catch of Aiden Markram off Ashwin’s bowling. Aiden who was batting on 35* went on to score 52 runs in a match-winning effort

“Hamesha India-Pakistan ka rivalry rahi hai. Magar jo unjone fielding ki hai no doubt unhone shuruwaat mey kaafi try kar rahe they, josh dikha rahe they, magar jo fielding ki hai usmey mujhe thoda sa hai ki wo kabhi bhi Pakistan ko like nahi karte (There is always been a rivalry between India and Pakistan. They were showing passion and intent initially but the fielding was below par and I have my doubt tha India don’t like Pakistan,” he added.

Pakistan is fifth in the Group 2 standings, and the Netherlands has been knocked out of contention after three consecutive losses in the Super 12 stage. India’s loss also means Pakistan now has to beat South Africa on Thursday in Sydney to stay alive in the tournament.