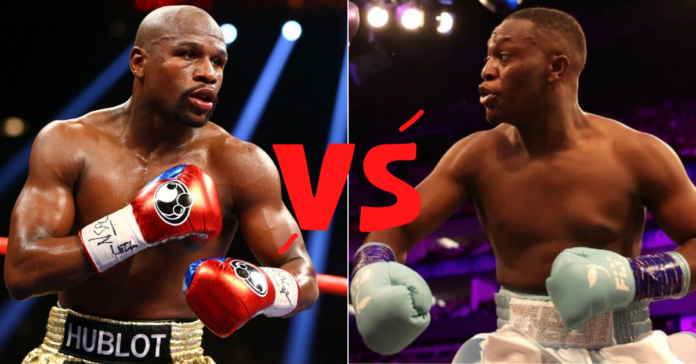 Deji sharing a fight poster announced the news of him fighting Floyd Mayweather in an exhibition boxing match on Sunday, Nov. 13 in Dubai

Mayweather, 45, retired from professional boxing in 2017 after improving to 50-0 by beating UFC star Conor McGregor but has since made tens of millions by entertaining exhibition bouts.

Global Titans Fight Series, who also promoted Mayweather’s fight against Moore, will host the event which takes place at the Coca-Cola Arena, which can hold up to 17,000 fans.

Floyd said of the announcement: “Huge thanks to Global Titans and my team for creating this incredible opportunity,” Deji said in a press release today. “It’s a privilege to be headlining this phenomenal spectacle in Dubai, against the all-time great Floyd Mayweather. This is going to be fun!”

Mayweather added: “I am delighted to bring this incredible boxing experience to Dubai. Global Titans will give fans an unrivaled boxing match with a huge undercard. It is an honor to be a part of such an iconic event in an iconic city, and I would like to thank the Global Titans team for reaching out to me and giving back so much to the sport I love.”

Deji, the brother of YouTuber KSI, picked up his first boxing win last month by stopping Yusef ‘Fousey’ Erakat on the undercard of his brother’s event last month. Deji lost his first three fights at the white-collar level, being knocked out by Jake Paul in 2018 and model Vinnie Hacker in 2021, suffering his third defeat by split-decision to fellow YouTuber Alex Wassabi earlier this year.

Deji reacts to news of him fighting Floyd Mayweather

Deji added: “Huge thanks to Global Titans and my team for creating this incredible opportunity.

“It’s a privilege to be headlining this phenomenal spectacle in Dubai, against the all-time great Floyd Mayweather. This is going to be fun.”