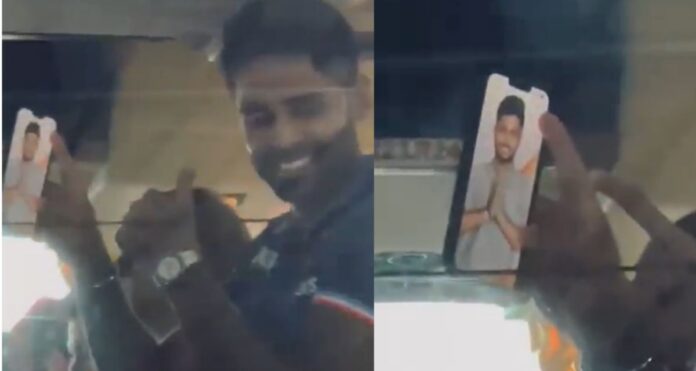 Suryakumar Yadav took out his phone and showed the image of Sanju Samson to the fans gathered around the team bus in Thiruvananthapuram.

Sanju Samson is currently captaining India’s A team in their match against New Zealand in Chennai. He is not even in India’s T20 World Cup squad for the South Africa series, but his fan base in his home state is unrivalled.

The Indian cricket team arrived in Thiruvananthapuram on Monday ahead of the first T20 international match against South Africa on Tuesday. Fans chanted the name of local hero Sanju Samson, who is not even on the team.

Suryakumar Yadav, India’s middle-order batter, took out his phone and showed the fans standing near the bus a picture of Sanju Samson. He first pointed to it and then gave it a thumbs up. 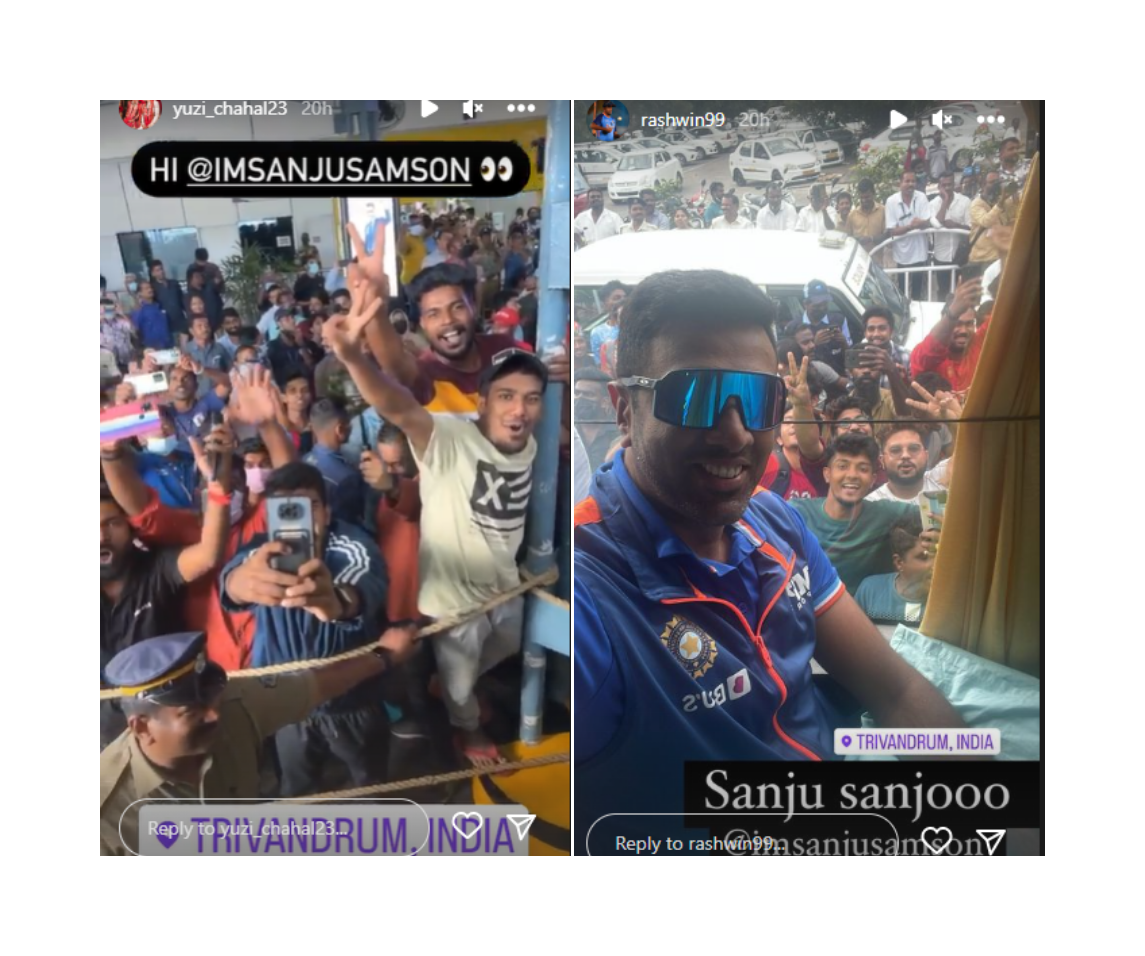 The wicket-keeper batsman was tagged in the Instagram stories of India spinner R Ashwin and Yuzvendra Chahal as they shared images of fans cheering for the team at the airport.

The Kerala cricketer, who rose to fame as a youth and subsequently made his international debut in a T20I match against Zimbabwe here in 2015, has so far only played in seven ODIs and 16 T20Is.

During the team’s recent trip of Zimbabwe, the West Indies, and Ireland, Samson finally received opportunities in the reserve lineup. When the Asia Cup starts in the UAE, Rishabh Pant, a frequent keeper-batter, will replace him.