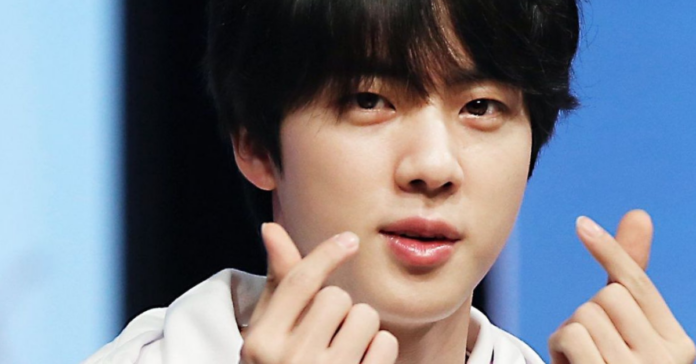 On October 28, Jin dropped his solo single “The Astronaut” along with the music video for the title track of the same name.

Check out the music album below :

“The Astronaut” marks his first official solo single although he has unofficially released a few songs, such as “Super Tuna,” “Abyss” and “Tonight,” on special occasions, including his birthday.He became the second member of the Band to make a solo debut, following J-Hope, who dropped his first solo album, “Jack In The Box,” in July.

Jin says the single is filled with his gratitude and affection

“I’ve dropped songs made to celebrate my birthday, songs for fans, and solo tracks on BTS albums, but I’m nervous and excited because it’s my first time to release a (single) album in my name,” he said in a video released by the band’s agency, Big Hit Music, to promote the new song. “I was able to realize the importance of my bandmates once again while preparing for the solo single,” he added.

He also expressed thanks to the British band in the video.“I was happy and excited throughout the project because they are my favorite people, and I had the chance to work with them again,” Jin said. “I’m grateful to my Coldplay brothers.”The song’s music video was shot in the United States.

“You can see me making a crash landing on Earth,” he said of the video. “It’s about the journey of an astronaut who has to return to his home planet but eventually decides to remain on Earth, where his loved ones and precious things exist.”

Jin is set to debut a live performance of “The Astronaut”

“The Astronaut” was co-written by Jin and Coldplay, with Max Martin credited as the executive producer and Kygo and Bill Rahko as Producers.

Jin is set to debut a live performance of “The Astronaut’ at Coldplay’s live broadcast concert in Buenos Aires, Argentina later this evening at 7 p.m. EST. The concert will be live-streamed in selected theaters and tickets for the show can be found on Coldplaycinema.live.