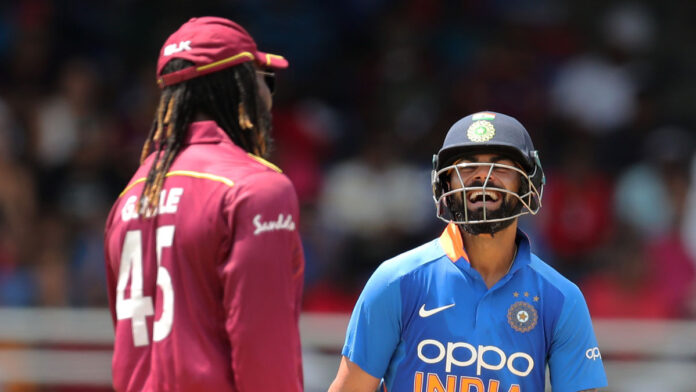 With a 44-ball fifty against the Netherlands in their second Super 12 encounter at the Sydney Cricket Ground on Thursday, October 27, former captain Virat Kohli extended his incredible run of form in the ongoing T20 World Cup 2022.

After a sluggish start in the powerplay, Virat Kohli, captain Rohit Sharma, and Suryakumar Yadav all scored fifty runs to enable India to score 179 for 2 in 20 overs.

As the previous captain increased his total to 144 runs in two games, Virat Kohli is still unbeaten in the T20 World Cup. In India’s dramatic victory over Pakistan in Melbourne, Kohli scored a magnificent 53-ball 82 runs without being out. He then scored a well-paced 62 runs against the Netherlands.

With his solid performance against the Netherlands, Kohli also surpassed West Indies great Chris Gayle’s record for most runs scored in men’s T20 World Cups. In 23 games, Kohli increased his total to 989 runs. He is now 11 runs away from joining Mahela Jayawardene in the exclusive 1000-run club.

Virat Kohli has a staggering 89.90 average in T20 World Cups, and if early indications from Australia are any indication, Kohli is likely to reclaim his best form in the game’s shortest format.

Rohit Sharma, the captain of India, also passed the 900-run mark in T20 World Cups following his 39-ball 53 against the Netherlands on Thursday.

MOST RUNS IN T20 WORLD CUPS

Suryakumar increased his total to 867 runs in 25 games while striking out at an astounding 184.46 percent.