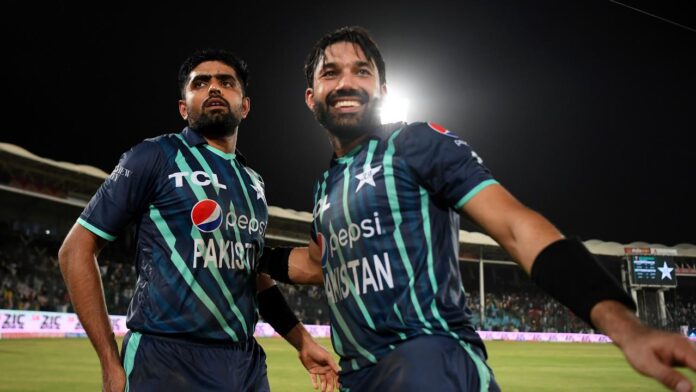 Pakistan won the second T20I by 10 wickets at the National Stadium in Karachi. Babar Azam and Rizwan set the highest partnership ever in a run-chase in T20Is. They surpassed their own record of 197 that they put on against South Africa back in 2021.

Rizwan also remained unbeaten on 88 off 51 deliveries. With this win, Pakistan leveled the series 1-1, ahead of the third game on Friday