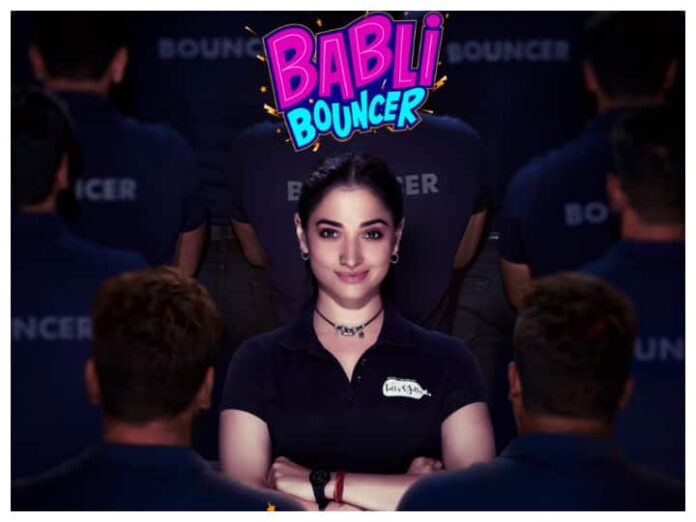 Before watching Babli Bouncer as part of your weekend binge, here are some reviews to help your decision.

Pinkvilla gives the movie 2.5 stars out of 5. Tamannaah does her character justice and aces the role of a Haryanvi girl whose born and brought up in a family of wrestlers. However, the story isn’t hitting it out of the park as it follows the same arc of a lovelorn Bollywood hero who hits his stride after being heartbroken. The only difference is this time it is a Bollywood heroine. Is it worth the watch? For a one-time watch on days where you just want to watch a light-hearted dramedy.

News18 gives Babli Bouncer 2 stars out of 5. Even though Madhur Bhandarkar tried to make a comeback, this isn’t the film. Tamannaah Bhatia nails her role as well as Saurabh Shukla who plays her father. The film began with a bang but ended disappointingly. The cliche trope of a rich NRI guy not wanting to marry a girl who isn’t lady like is evident which is not relevant in today’s times. One time watch since it does have comedy.

IndiaToday gives the movie 2.5 stars out of 5. According to them, the film is too “woke” for their own good. Madhur Bhandarkar is well known for realistic films but this was far from that. The unnecessary love triangle is not doing the script any favors. Instead of focusing on cliches, they should have focused on the plights of a female bouncer in a world where pre dominantly male bouncers exist.

Overall, the movie has funny moments along with Tamannaah’s good acting which make it a good option for binging with the family this weekend.

Chup: Revenge of the Artist released today. Read the reviews.