Adipurush teaser to be launched at an event in Ayodhya 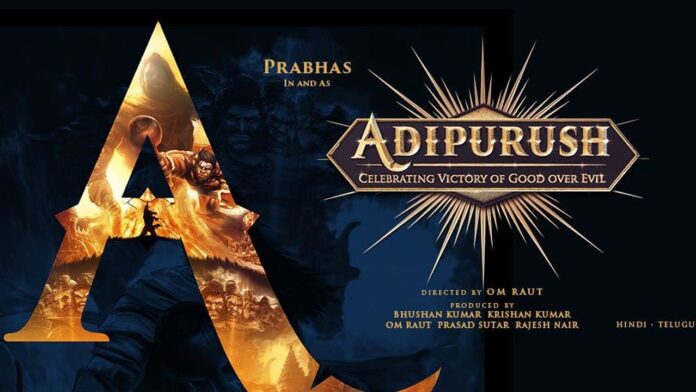 Adipurush directed by Om Raut will finally have a teaser trailer launched on 3rd October at an on-ground event in Ayodhya.

Ever since Adipurush was announced, fans have been excited about the film which stars Prabhas, Kriti Sanon, Saif Ali Khan, and Sunny Singh. One of the primary reasons for this roaring excitement is that fans can’t wait to watch Prabhas in the role of Lord Ram.

Now the fans will get even more excited as they eagerly wait for the 3rd of October 2022 as the teaser will be unveiled for the first time.

According to reports, the makers are planning a grand-scale trailer launch at an event in Ayodhya, the birthplace of Lord Ram during the Navratri festival.

The teaser launch will mark the beginning of a three-month-long promotional campaign to promote the magnanimous film across the country.

Right after the teaser release, Prabhas will also be attending the Dussehra festivities at Luv Kush Ramlila on 5th October in New Delhi.

While speaking to ANI, Arjun Kumar, head of Luv Kush Ramlila committee, said, “Since Prabhas is already playing the role of Lord Rama in the upcoming film Adipurush, who better than him to set the evilness of Raavan on fire this Dussehra!”Further adding that the effigies will be 100-ft tall, he said, “Like always there are going to be three effigies – each of Raavan, Kumbh Karan, and Meghnaad, and Prabhas will shoot his arrow in the air to burn each of them off!”

Adipurush is based on one of the biggest Hindu epics – Ramayana. It is produced by T-Series films and Retrophiles. It stars Prabhas as Lord Ram, Kriti Sanon as Janki (Sita), Saif Ali Khan as Lankesh (Ravana) and Sunny Singh as Lakshman.

The epic drama was scheduled to release on 11th August 2022 this year but got pushed to 12th January 2023 instead. Adipurush will be released in Hindi, Telugu, Tamil, Kannada and Malayalam all across India.

Chiranjeevi and Salman Khan together for the first time! Read now to know more.