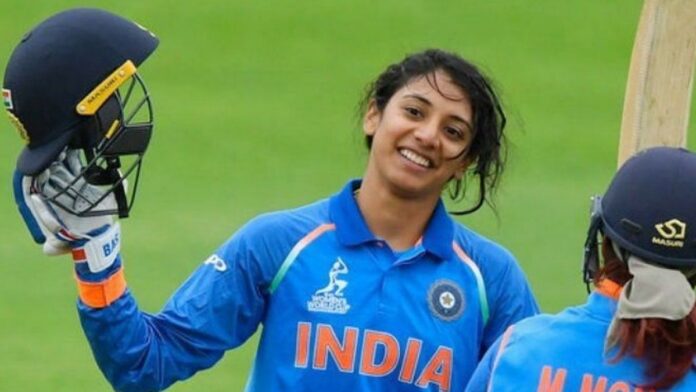 India came back strong after a nine-wicket loss in the first T20I. England elected to bat first, but things did not go their way.

Chasing 143 at the County Ground in Derby, Mandhana played an incredible inning as India as chase down the target in 16.4 overs.

England suffered a similar fate that India had in the last game, starting off with a low total and then getting outplayed in the chase

Early wickets by Team India restricted England to 16/3 in just three overs, with many of their main batters back in the pavilion early.  It was Maia Boucher’s 34 off 26 balls and Freya Kemp’s cracking 51* off 37 that helped England reach a fighting total. Kemp, with her maiden T20I fifty, became the youngest English woman to do so.

Smriti Mandhana declared the Player of the Match

Shefali Verma and Smriti Mandhana gave India a blistering start, as they smashed 55 runs in the first six overs.

Along with Smriti Mandhana, Harmanpreet Kaur played a handy inning as the momentum shifted in India’s favor, with back-to-back boundaries.

Mandhana said she was expectedly happy with her performance and said she enjoyed batting in England’s weather. “We were keen to come back stronger and level the series. I was pushing myself and happy that I could contribute to the victory. Good weather to bat (in England), before the CWG games, I think I found the going tough,” Smriti said after the match.

Mandhana also praised her opening partner Shafali Verma who she said has matured enough to know which bowler to target now unlike in her early days.

“Two years back, she (Shafali) perhaps was just trying to dominate, but she now knows whom to target and to respect good bowling. The good thing is we can both take advantage of the batting powerplay, whoever is in good touch takes the lead in doing so,” Mandhana said.

“Whenever we bat together (Harmanpreet and Smriti), we have the confidence, we can calculate the approach well, and the right-left combination is always a positive for us,” the India skipper said.
Mandhana and Harmanpreet stitched an unbroken 69-run stand for the third wicket which guided India over the line.

The third and final T20I of the series will be played on Thursday at the same venue.

After the T20Is, the two teams will square off in a three-match ODI series starting September 18.