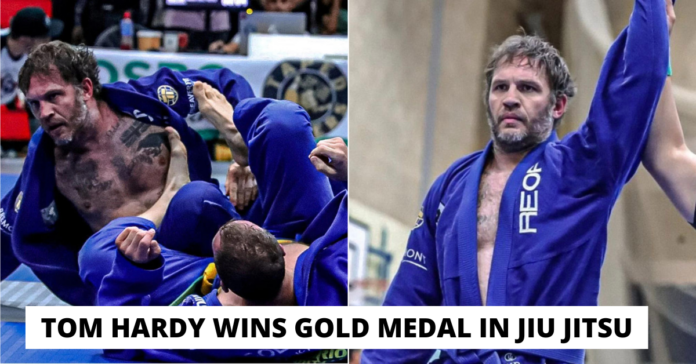 Tom won all his matches and walked away with a gold medal.

A spokesperson for the championships described him as a “really nice guy” who was a “real pleasure” to host at their tournament.

“Everyone recognized him but he was very humble and was happy to take time out for people to take photographs with him,” a spokesperson for the championships was quoted as saying in the report. “It was a real pleasure to have him compete at our event,” he added.

“I was shell-shocked,” Appleby said. “[Hardy] said, ‘Just forget it’s me and do what you would normally do.’”

Continuing further Appleby stated the actor to be “a really strong guy … You wouldn’t think it with him being a celebrity.”

This is what Appleby told the local media after fighting Hardy: “I was shell-shocked. He said, ‘Just forget it’s me and do what you would normally do.’ He’s a really strong guy… You wouldn’t think it with him being a celebrity. I’ve done about six tournaments and I’ve been on the podium in everyone. But he’s probably the toughest competitor I’ve had – he certainly lived up to his Bane character, that’s for sure.”

Tom Hardy, who has a blue belt in Brazilian jiu-jitsu, won the REORG Open Jiu-Jitsu Championship in Wolverhampton back in August, a tournament aimed at raising funds for military personnel, veterans, and emergency service workers. He is also a trustee for REORG, a charity teaching jiu-jitsu to those with serious injuries, or who are suffering from PTSD and depression.