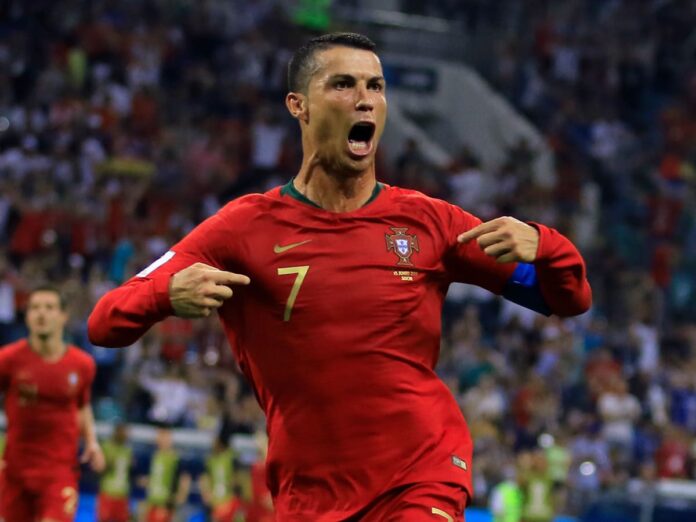 Cristiano Ronaldo has scored 117 goals in 189 Portugal appearances and is expecting to play in his 10th major international tournament for his country at Qatar 2022.

My journey is not over yet, says Cristiano Ronaldo

“My journey is not over yet, you’re going to have to put up with ‘Cris’ for a while longer,” said Ronaldo on Tuesday, after receiving a trophy at the Portuguese football federation’s (FPF) Quinas de Ouro awards in Lisbon for being the top national team goalscorer of all time.

“I want to be part of the World Cup and the Euros … I feel very motivated. My ambition is great,” the 37-year-old said

Ronaldo will enter the 2022 FIFA World Cup holding the men’s all-time record of 117 international goals. He is preparing with Portugal for UEFA Nations League matches in the Czech Republic on Saturday and against Spain at home three days later.

Winner of the inaugural edition of the Nations League in 2019, Portugal trails Spain by one point entering the final two games. Only the group winners will advance to the Final Four.

Ronaldo already seems to have surpassed his opponents after the Portuguese star was named as the most influential footballer on Instagram ahead of the World Cup 2022.

According to the rankings shared by analysts Nielsen Sports, Ronaldo had an increase of 47 percent in Instagram followers in last year. He also averages more than $3.5 million in media value per post.

Ronaldo, with approximately 480 million followers on Instagram, appears to be the most-followed footballer on the social media platform. The five-time Ballon d’Or winner recently scored his first goal of the new season during Manchester United’s Europa League fixture against Sheriff Tiraspol.